Nancy Pelosi, the Democrat leader of the House of Representatives and former Speaker of the House, is defending a faked photograph released on Thursday showing the “diversity” of the Female members of the Democrat delegation to Congress.

The photo featuring “all” the Democrat women of the House standing on the steps outside the Capital building was released by the California Democrat on her Flikr account[1] on January 3.

But oddly, the four Democrats shown at the top steps in the back of the group are not really in the photo. The images of the four were photoshopped into the picture and weren’t present when the group photo was taken. The missing four were added later by Pelosi’s computer-wielding staffers. You can see[2] both the original photo and the photoshopped results at Poynter. Or see below.

When the former Speaker was confronted about the faked photograph, Pelosi defended the release of the doctored image[3] saying it was an “accurate” portrayal of “who the members of Congress are.”

Apparently, the photo is another example of the left-wing’s “fake but accurate[4]” reporting. Next, perhaps, will be the airbrushing out of any apostates until we are left only with Comrade Pelosi proudly standing upon the steps Ã  la what the Soviets did to their historical photos. 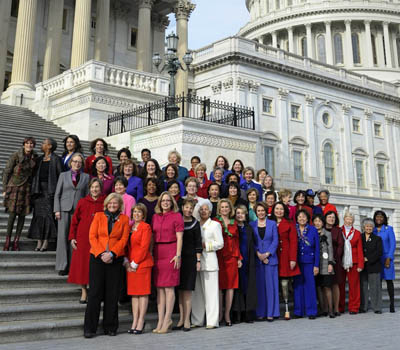 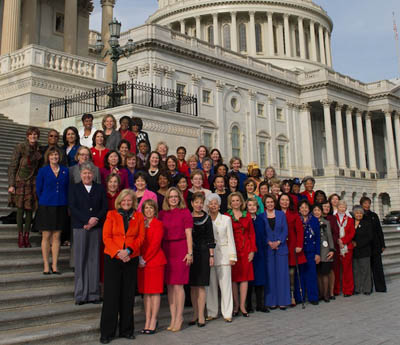 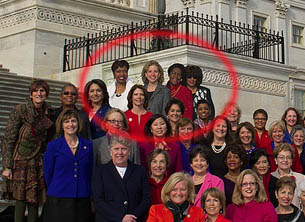 Close up of photoshopped area