Narcissist in Chief: Obama’s ‘Look At Me’ Photo

Back on Sept. 20, President Obama stood with the folks from the Open Government Partnership to get a group photo taken. But, even in a photo of over a dozen folks, as far as Obama was concerned it was all about Obama. 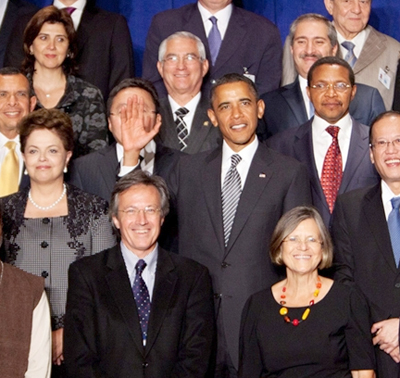 There he is, calling attention to himself like a ten-year-old on the carousel trying to get the attention of mommy and daddy.

Worse, he’s covering up one of the participant’s face! How gauche.

Even MSNBCs Rich Shulman couldn’t take the self-centered, arrogance of our president. Under the photo, Shulman wrote[1], “I don’t know much about diplomatic protocols, but I would guess that waving during the group photo is something to avoid.”

That’s our narcissist in chief!