A new bill going through the House of Representatives would make it illegal for a union to donate its members dues money to Planned Parenthood without getting the express permission of the membership. Do you think this one should pass? 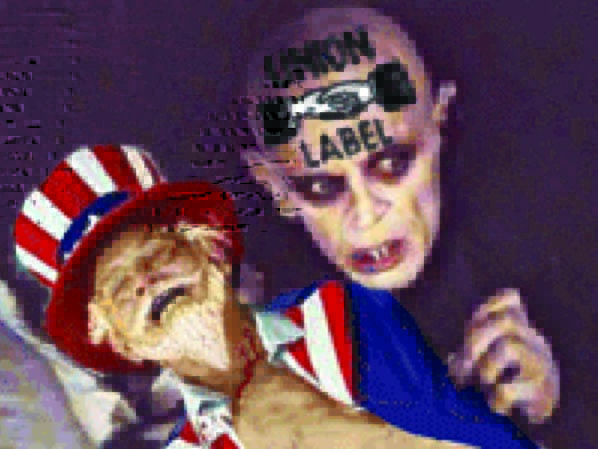 Currently unions don’t need permission from their members to donate money to any cause, group, or candidate. But this new bill[1] wants to make that illegal at least in the case of donating to abortion mill operator Planned Parenthood.

They did not get their members’ permission before donating their dues to such a controversial organization. But that’s not unions’ only abuse. Unions often care more about adding dues-paying members than whether workers actually want union representation.

…In one effort to address such abuses, Sen. Orrin Hatch, R-Utah, and Rep. Tom Price, R-Ga., recently introduced the Employee Rights Act (ERA) to give workers more control over their jobs.

The ERA would guarantee secret ballot elections when unionizing workplaces or calling strikes, as well as requiring unions to periodically stand for re-election.

It would also make it illegal for unions to threaten or interfere with workers who want a different–or no–workplace representative.

…The ERA requires unions to get workers’ permission before they can spend their dues on political activities or give their money to objectionable causes.

Well, what do you think? Would you be for this law?