Remember back in 2005 when the liberals were all we weed up over the claim that Vice President Dick Cheney’s Chief of Staff Scooter Libby “outed” a CIA agent named Valarie Plame? Remember how Libby was eventually convicted and jailed for this purported outing? Well, new evidence tends to prove that the liberals and their pocketed prosecutors lied. Libby was innocent and did absolutely nothing. 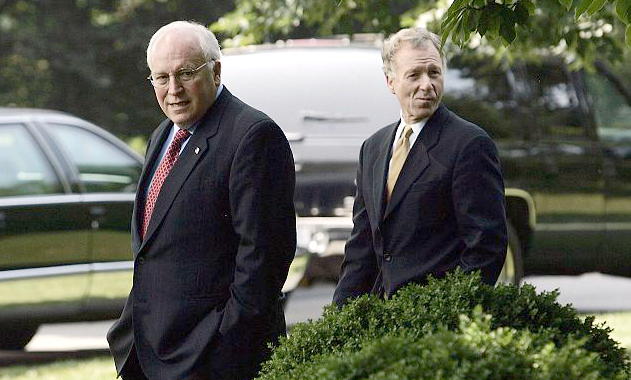 You may also remember that one of the keys to the prosecution against Libby was the notes of New York Times reporter Judith Miller. In her notes she had an entry that said that Plame “works in Bureau?” The prosecution decided this meant that Libby told Miler that Plame was a CIA operative.

This is what the prosecution pressured Miller to testify to despite her own doubts of the truth of the statement.

But now Miller has a new book out wherein she says that she now fully believes that Libby could not have been saying[1] that Plame was a CIA agent and that the reporter herself was the one wondering if she worked at the Department of State, not the CIA.

Three years later, Ms. Miller writes, she was reading Ms. Plame’s book, “Fair Game,” and was astonished to learn that while on overseas assignment for the CIA Ms. Plame “had worked at the State Department as cover.” This threw “a new light” on the June 2003 notebook jotting, Ms. Miller says, since the State Department has “bureaus,” while the CIA is organized into “divisions.”

Ms. Miller, who had spoken to many State Department sources around the same time she spoke to Mr. Libby, says in her memoir that she then realized she must have begun her conversation with him wondering whether Mr. Wilson’s wife worked at the State Department. Ms. Miller also now understood that “If Libby, a seasoned bureaucrat, had been trying to plant her employer with me at our first meeting in June, he would not have used the word Bureau to describe where Plame worked.”

Also we discover in Miller’s book that Prosecutor Patrick Fitzgerald withheld from Miller at the time the fact that Plame was with the Dept. of State as a cover for her work in the CIA. This, Miller now says, would have jogged her memory like it did a few years later. If she would have been told that Plame was working at State during the prosecution of Libby she would not have been able to truthfully testify that she thought Libby could have told her that Plame was a CIA agent. The prosecution’s already shaky case would have collapsed.

Miller now says that if Libby was trying to slyly out Plame without coming right out and saying she was CIA–as the prosecution maintained–he would not have told the reporter that Plame works for the Bureau because the CIA is not “the Bureau” (the FBI is) and “bureaus” denotes woking for the State Dept. Libby would have said she had a “division job” if he was trying to out Plame.

Now we couple that fact with the truth that it was Colin Powell’s man Richard Armitage who was really the one that outed Plame as CIA and the entire circumstantial case that sent Scooter Libby to jail falls apart.

Finally remember that all this prosecution was meant to put Vice President Dick Cheney in jail because with the false testimony from reporter Miller, chief prosecutor Fitzgerald had pressured Libby to flip on Cheney in order to escape prosecution himself. Fitzgerald wanted Cheney and used fake testimony based on shaky information in order to trick Libby into caving and turning on his boss.

Libby deserves a medal for refusing to lie and send VP Cheney to jail. Further Fitzgerald is a liar and so was every liberal who smeared Libby and claimed he outed a CIA agent. It never happened. Scooter Libby is 100 percent innocent.