A New Orleans police officer was shot and killed as he sat in his police cruiser in an ambush attack early Sunday morning. 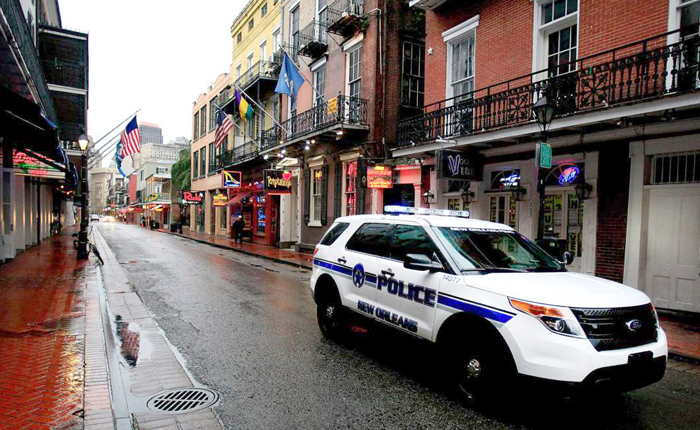 The officer’s name has yet to be released, but the department reports that he was shot and killed[1] at 7AM Sunday morning.

Police were called to the scene at 7:10 a.m., and found the officer in his marked patrol car, which had rolled forward and hit a curb, according to the statement.

No arrests had been made in connection with the shooting, and police had not identified any suspects, New Orleans Police Department spokesman Garry Flot told NBC News on Sunday afternoon. The murder was under investigation, he said.

HANO said in a statement that they were cooperating with the New Orleans Police Department investigation and sending extra patrol officers to the area of the shooting.

“HANO mourns the loss of one of its valued and dedicated employees,” the statement said.

“NOPD and HANO will work very closely to identify and arrest those responsible for this heinous assault. NOPD and HANO are part of the same close-knit law enforcement family that puts their lives on the line to protect and serve the people of New Orleans,” said New Orleans Mayor Mitch Landrieu. “The death of this HANO police officer is an unspeakable tragedy, and a vile and cowardly act,” he said.

This is Obama’s war on cops writ large.