Another video of representatives from Planned Parenthood making provisions to illegally sell parts of aborted babies has emerged. This time the PP “doctor” who is a medical adviser to the abortion mill operators tells undercover videographers that she wants to buy herself a Lamborghini by selling parts of murdered babies. 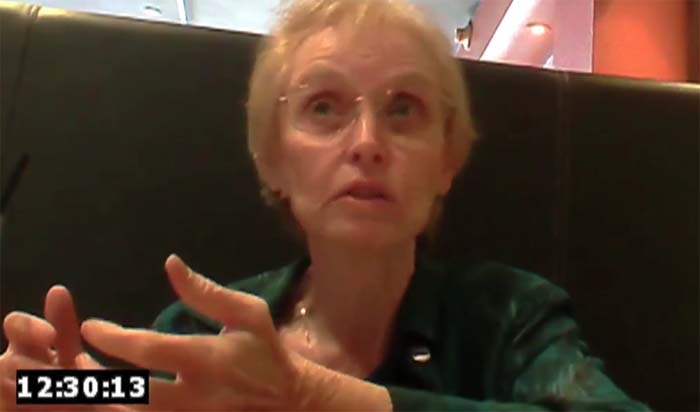 The adviser in question, senior PP adviser Doctor Mary Gatter, is seen haggling over the price[1] of the dead baby parts with the videographer who was posing as part of a group of investors trying to start up a biotech firm.

Dr. Mary Gatter, President of Planned Parenthood’s Medical Director’s Council, is asked, “What would you expect for intact tissue?”

Gatter starts to haggle immediately, “Why don’t you start by telling me what you’re used to paying?”

When pushed for a number, Gatter says, “Well, you know in negotiations the person who throws out the figure first is at a loss, right? So…”

When pushed again for how much her Planned Parenthood affiliate is willing to sell baby body parts for, she responds, “Okay, $75.”

When the buyer tells her that number seems low Gatter responds, “I was going to say $50.”

Then the buy offers her $100 to which Gatter quickly responds, “Okay.”

Gatter also notes that there are ways to change the abortion technique in order to save the body parts that they want to sell later.

Again, we have Planned Parenthood claiming that what they are aborting isn’t really human. Yet they are selling the body parts of those abortions and deeming them to be human! How can an abortion be of a non-human, but the parts that result from that abortion be labeled as human?

This new video is a companion to the investigation we were introduced to already. Last week Dr. Deborah Nucatola, another PP “doctor,” also admitted that she sells the parts of dead babies[2].