Step one, get foolish citizens to register their firearms. Step two, go back later and confiscate them. That is what New York citizens are avoiding by the millions as we discover that only about five percent of the state’s citizens are obeying New York’s new anti-gun SAFE Act and registering their firearms with Andrew Cuomos’s stormtrooping government. 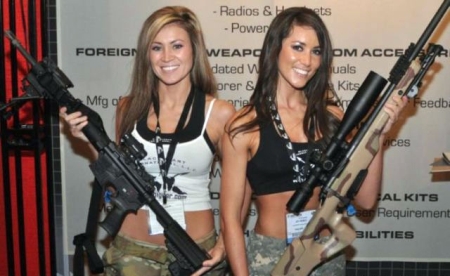 Fewer than 45,000 assault-style weapons have been registered in New York state since a landmark gun control act took effect in 2013, state records released Tuesday show, suggesting that Empire State gun owners are largely ignoring one of the signature elements of the watershed legislation.

In the years since Gov. Cuomo signed the New York Secure Ammunition and Firearms Enforcement Act, otherwise known as the NY SAFE Act, a total of 23,847 people have applied to register their assault-style weapons with the state, according to statistics provided by the New York State Police.

Those individuals themselves registered 44,485 assault-style weapons — a term whose definition under the law was expanded to include military-style features like a pistol grip and popular civilian models of the M16 and AK47 assault rifles — with State Police, the data, which was first obtained by the Albany Times Union, show.

…Law enforcement experts have estimated there could be nearly 1 million assault-style weapons in circulation across the state, suggesting that many New Yorkers are ignoring a central provision of what had been touted by gun control advocates as a milestone law.

“What these numbers expose is that, if there are people who are willfully ignoring the law, that means tens of thousands of gun owners are not complying with a law that is supported by New Yorkers,” said Leah Gunn Barrett, executive director of New Yorkers Against Gun Violence, citing a May poll commissioned by her group that showed state residents support key provisions of the SAFE Act.

Good for New Yorkers! It is no surprise that we are seeing more and more people willfully ignoring the unconstitutional laws that our out of control governments are forcing upon us all.