Remember, folks, THESE are the people that Democrats want to run healthcare for ALL of us… now we find a VA Hospital in the Bronx whose employees embezzled $54 million then the hospital lied about it all claiming that the records were “lost” during hurricane Sandy… despite the fact that the hurricane didn’t happen anywhere near the time of the theft. 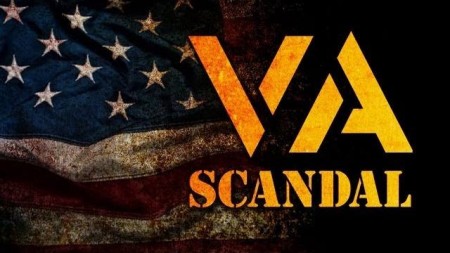 Employees of the Bronx VA claimed they were buying “prosthesis” for veterans[1]. And they put the charges on the hospital charge cards. Those charges were conveniently just under the reporting limit. But when the government began to investigate the hospital claimed that the records were “lost.”

Employees in the purchasing department of a VA hospital in the Bronx had used government purchase cards like credit cards at least 2,000 times to buy prosthetic legs and arms for veterans.

Each time they swiped the cards, it was for $24,999. That was precisely one dollar below VA’s charging limit for purchase cards.

When word reached Congress about the $54,435,743 worth of prosthetics bought under such odd circumstances over two years — the subject of an inspector general investigation announced Monday — lawmakers demanded details. But they were told there was no documentation.

VA officials had prepared to tell Congress that the records had been destroyed by Hurricane Sandy, according to previously undisclosed records, until a senior adviser in the Secretary’s office pointed out that the timing was wrong and the excuse wouldn’t hold up.

Yep. THIS is government healthcare. Lots of fraud and crime but little healthcare getting done.