I worked in management[1] for years and I learned something long ago… managing by threatening those working for you does not work. Someone might want to tell commie Bill de Blasio that. The sure sign of a bad boss or poor management is when they go to employees or contractors and they threaten with being fired if they don’t behave or shape up. That’s not the way you ever want to handle people. You go to them individually and handle the situation with communication and understanding until there is no recourse but to let them go. De Blasio seems to blow up at people for the most minor of goof ups. What do you expect from an elitist Marxist?

What a great guy this is… treating his staffers like dirt while he plays dictator. He’s just an all around swell guy. Not. And this is what New Yorker’s taxes are paying for. An arrogant, vain communist who likes to abuse those working for him because he sees himself as better than they are. A little communication would solve his problems here, but that’s not as much fun as grinding people into the ground and threatening them. It’s the sign of person who is shriveled inside and bitter. 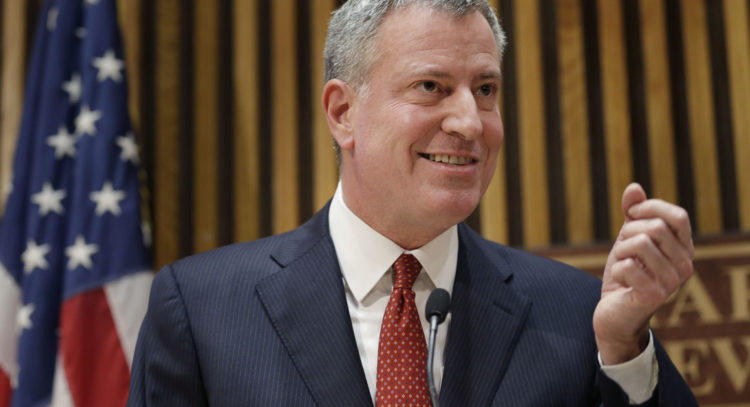 New York City Mayor Bill de Blasio treated his staffers poorly and often bullied them with harsh threats if they did not meet his demands, according to newly revealed emails.

“What do I need to get you guys to follow a direct order? Do you need to experience consequences?” he threatened in one 2015 email, according[4] to the New York Post.

“I’m not raising this again: fix it, or I will [have] no choice but to find a way to penalize people. Not my preference, but I won’t have my instructions ignored,” he added.

The emails show de Blasio blowing up at nearly a dozen staffers for “failing to make sure phonetic versions of challenging words were included in his speeches and talking points,” according tot the Post.

“This is literally the 100th time I am reminding you all that phonetic spellings require one syllable to be capitalized to indicate emphasis in pronunciation,” de Blasio wrote in one furious message.

“I have no idea why you guys can’t get it,” he said. “All of the folks in comms, speechwriting and my personal staff who looked at these remarks — it just takes ONE to catch it.”

A source within City Hall is saying that de Blasio’s emails reflect how he acts in meetings and that he has been known to kick staff members out of meetings. He’s condescending and arrogant and uses a hateful micromanagement leadership style. He displays absolutely “no confidence” in those working for him. Talk about insecure and just plain mean. “Part of it stems from the fact that he used to be [a political] operative, and he thinks he can outmaneuver his aides,” the source said. He also seems obsessed with phonetics. Probably because he’s next to illiterate and a terrible speaker.

When de Blasio screws up giving remarks in English or Spanish, he blames his staffers. In fact, he rants and blames everything on them. This guy is a red prima donna. A former City Hall Staffer told the Post that de Blasio’s email rants were “par for the type of emails he sent.” Why does New York put up with this vain, lying sack of excrement? They deserve better than a communist mayor who has delusions of power and dictatorship. He’s obviously on a power trip. 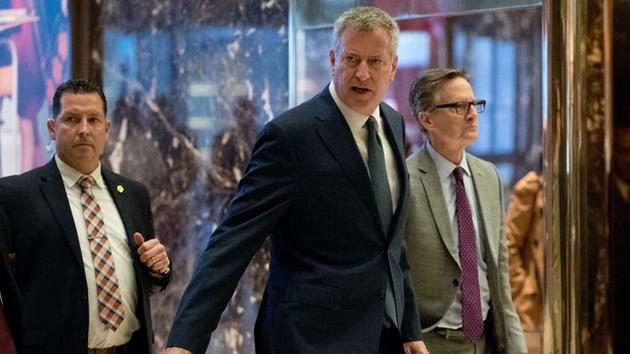