A pro-abortion law in Colorado will prevent a women who killed a baby by gruesomely slicing it from its mother’s belly from facing murder charges. 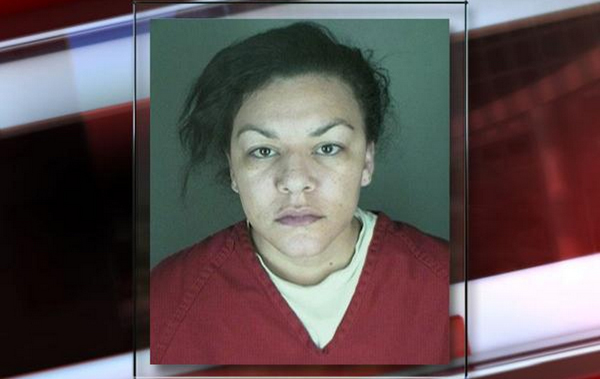 In Colorado, a fetus is not qualified as human under the law[1]. So, a woman who cut a living baby from the womb of its mother killing the infant will not face charges of murder for the terrible act. The non-human status of the baby has been a big controversy in Colorado and the status was set to appease pro-abortion activists.

After an examination of the 7-month-old unborn baby who was cut out of a Colorado woman’s womb this week, county officials say they will not charge the woman who cut the baby out of her mother’s womb with murder for killing the baby. That’s because the state lacks an unborn victims law to hold criminals accountable when they kill or injure unborn children in such criminal attacks.

Dynel Catrece Lane (pictured above) was arrested after she attacked a pregnant woman and cut her 7-month-old unborn baby from her womb. In this unbelievable act of violence, the baby died but the victim, Michelle Wilkins, is expected to survive. A report shows the baby breathed a heavy last gasp before she died.

According to the arrest report, Lane admitted to a detective that she cut open Wilkins abdomen to get the baby — who reportedly took a last breath outside the womb before dying, that 911 call shows.

Michelle Wilkins (below), the pregnant Colorado woman who was attacked by Lane, who claimed to be selling baby clothes and Craigslist and who cut her 7-month-old unborn baby out of her stomach at her home, was in critical but stable condition at a local hospital and eventually released this week.

So, once again, we see that pro-abortionists are responsible for murder.