In the old days there was usually at least two students recognized out of every graduating class for their excellent grades. These academic stars became the valedictorians of the class, the top, the best, the cream of the crop. Well, now a’days picking just the top grade-getters is deemed to be too hard on the feeeewings of the other, less educated kids. So, this year an Ohio high school gave nearly everyone got a valedictorian award. 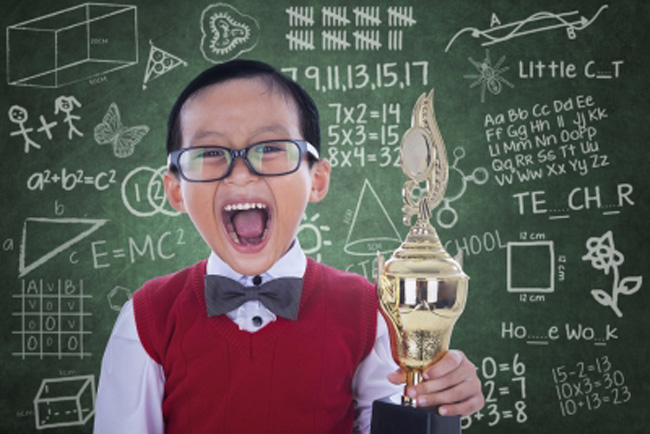 In keeping with today’s odious concept that “everyone gets a trophy,” no one in the Dublin, Ohio school was recognized as the best because practically everyone was “recognized”[1] as being “the best.”

Graduation ceremonies might still be going on if Dublin schools had asked all of its valedictorians to speak.

That means two out of every 10 graduates at Dublin’s three high schools received top honors this year. Dublin Scioto had 44 valedictorians, Dublin Jerome had 82, and Dublin Coffman had 96.

“I can’t say I’ve heard of that many,” said David Hawkins, executive director for educational content and policy with the National Association of College Admissions Counseling. He’s aware of high schools with 20-some valedictorians in a class but not as many as Coffman’s.

The valedictorian was once the single highest-performing graduate — and some districts, such as Hilliard and South-Western, still adhere to the practice. But experts say it’s more typical to see multiple valedictorians or none at all as educators try eliminate the competition among students to be No. 1 of their class.

Well, gosh, if no one wins then no one loses and we don’t want to hurt our kiddie’s widdle feewings by saying the LOST, now do we?

Let’s face it, folks, this is all part of the left’s desire to dumb down America and eliminate the drive to succeed from our children.

Sorry, kids, but if you are one of 222 “valedictorians” you aren’t anything but a graduate.