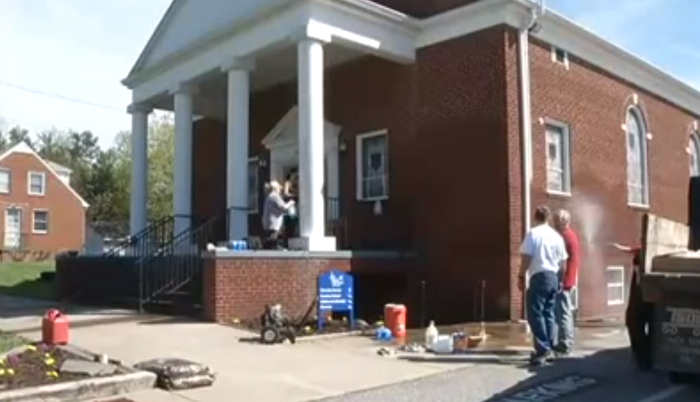 Gay slogans were spray painted[1] on the churches in Guilford County, North Carolina.

Vandalism at a Jamestown, North Carolina church totals up to $10,000 in damage.

The church leadership said the congregation isn’t hateful toward gay people and they doesn’t understand why someone would lash out at them.

“I can’t tell you a reason that someone would target this church, particularly because this is a loving church. This is not a judgmental place or a place where someone would ever feel provoked to these kinds of acts,” said Carl Pulliam, a senior pastor.

“Nearby, Grace Baptist Church was targeted[2] with similar graffiti and vandalism–including broken windows and a rainbow painted on the side of the church.”