The left loves to attack the so-called “trickle down” economy of the Reagan era. But about seven years into the age of Obama and we can see that Reagan’s economy totally destroys Obama utterly failed economic record. 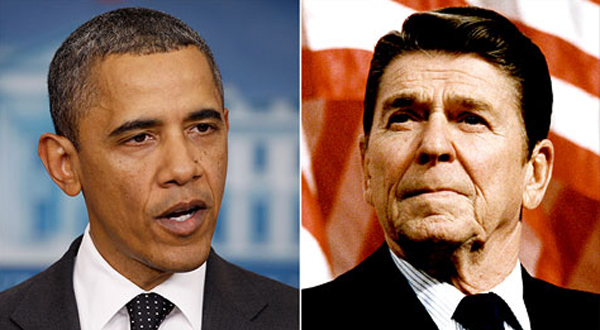 Gateway Pundit has a great post[1] showing the startling difference between Obama’s failed record and Reagan’s amazing tale of growth and success.

First of all, this chart tells the story amazingly well… 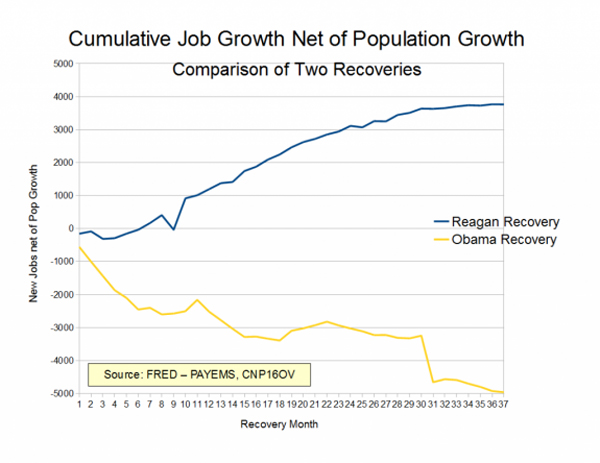 Of course, Obama’s record on job growth is also much worse that President Reagan’s record.

Once again we see that Obama’s and the left’s socialist ideas are a disaster for this country.

Finally, it is important to note that even though the left loves to use the term, there really isn’t any such economic theory called “trickle down economics.” It is a slang term, not an economic policy idea.