Updated: Not ‘Two Decades’ After All… Lilly Ledbetter Deceived DNC, Knew Of Her Pay Disparity Since 1992 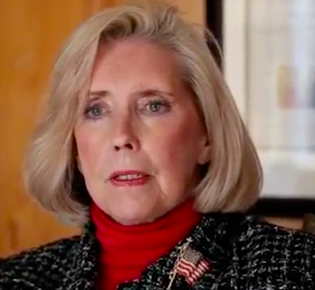 Would you like to change that statement Ms. Ledbetter?

It appears that not only is Lilly Ledbetter ignoring Senate Democrats who pay their female staffers less, but her claim that for “two decades” she didn’t know she was being shortchanged is patently false. : Hans Bader, Senior Attorney at the Competitive Enterprise Institute, emailed me his piece on Lilly Ledbetter’s speech — where he says: “it’s not true, as she claimed to the convention, that she didn’t learn of it until “two decades[2]” after she began working at the company.”

Ledbetter: claimed in her address[3]: that:

After nearly two decades of hard, proud work, I found out that I was making significantly less money than the men: who were doing the same work as me. I went home, talked to my husband, and we decided to fight.We decided to fight for our family and to fight for your family too. We sought justice because equal pay for equal work is an American value. That fight took me ten years. It took me all the way to the Supreme Court. And, in a 5—4 decision, they stood on the side of those who shortchanged my pay, my overtime, and my retirement just because I am a woman.

Yes, the evil Supreme Court did her in, or did they?

In Bader’s September 7: column on OpenMarket.org[4], “after she lost her case, Ledbetter falsely claimed to Congress that she had not learned of the discrimination until the end of her career – a claim parroted by gullible politicians and the press. (Tellingly, Ledbetter’s claim is found nowhere in the dissenting opinion in: Ledbetter v.Goodyear, even though if it had been true, the dissenting justices surely would have cited it, since it would have given them a much stronger reason to rule in her favor.)”

Yet, “in Ledbetter’s deposition, she admitted she knew by 1992 – years earlier – that she was paid less than her male peers, noted David Copus in page 8 of the online version of his October 2008 law journal article in: Defense Counsel Journal: entitled “Pay Discrimination Claims After Ledbetter[5].” : Additionally, Bader wrote that “similarly, Washington lawyer Paul Mirengoff: pointed out that[6]:

Ledbetter testified that she knew by 1992 that her pay was out of line with her peers. In 1995, she spoke to her supervisor about the problem, telling him that ‘I knew definitely that they were all making a thousand at least more per month than I was and that I would like to get in line.’ Yet Ledbetter waited until 1998 to file her EEOC complaint.

: …the Supreme Court also specifically: left open[7]: the possibility that employees could sue later simply because they didn’t know of the discrimination at the time – a situation it said: did not apply[8]: to Ledbetter’s case (she testified in her deposition that she knew of the pay disparity in 1992, but only filed her complaint with the EEOC in 1998, around the time she retired). The Court pointedly: noted[9]: that the plaintiff could have pressed her claim instead under the Equal Pay Act, which has a: longer deadline for suing[10]. (Moreover, as lawyer Paul Mirengoff: observed[11], the Supreme Court has long allowed hoodwinked employees to rely on equitable tolling, waiver, and estoppel to sue beyond the deadline, when employer deception keeps them from suing within 180 days, as it made clear in its: Zipes: [12]decision.)

In fact, Bader wrote that: “she [Ledbetter]: might have won her case: had she simply appealed based on the Equal Pay Act, which [as mentioned above] has a longer deadline (3 years in most cases) and perhaps more generous rules for when the clock starts ticking on the statutory deadline for suing.”

It appears bad legal advice that torpedoed her Supreme Court fight. : However, she knew of her situation in ’92, but changed it to score political points with the president. : I never thought that lying would be an effective method in fighting for equal pay, but for liberals — anything goes.

: UPDATE: Mr. Bader emailed me to clarify a few things.

Note that Ledbetter probably wasn’t “shortchanged.”:  While there was a pay disparity between her and her male co-workers, that pay disparity may have been based on her mediocre job performance, rather than her sex.:  She delayed in suing so long that her supervisor had died by the time her case reached a courtroom, so neither he — nor the company — could rebut her claims of sexism, even if they were innocent of discrimination.

That’s why legal deadlines exist for discrimination claims.:  So that employers won’t be prejudiced by a worker’s long delay in suing, leaving the employer without the ability to defend itself on the merits.:  Ledbetter wanted to gut the deadline for a reason.

However, I would like to say that Ms. Ledbetter was the one who used the term “shortchanged” in her address. : I was just using it to show that she was being deceptive to the delegates of the Democratic Convention and the American people.