Remember the old CBS TV show “The Dukes of Hazzard”? Remember how it was a hotbed of racism and Confederate sympathy? Yeah. Me neither. It’s because the “Dukes” was an innocuous show entirely free of all politics and social commentary. But that hasn’t stopped the nostalgia cable TV channel TV Land from pulling re-runs of the old 1970s show. Why? Because the show has a car with a Confederate flag on it. 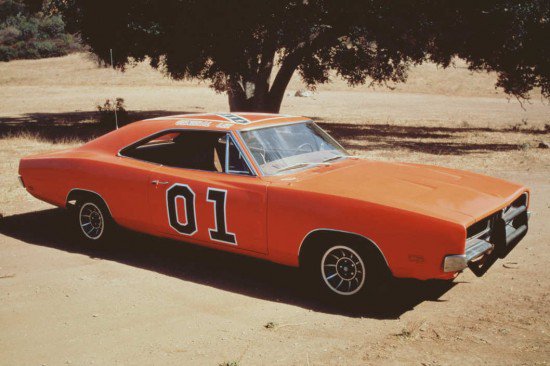 TV Land has pulled reruns of The Dukes of Hazzard off its schedule, a spokesperson for the network confirmed to EW on Wednesday.

The network did not comment further or say why the episodes were removed, but the news comes as the show became part of the growing national debate over use of the Confederate flag, which is displayed on the roof of the Duke boys’ car.

Last week, Warner Bros. Consumer Products said it would no longer license toys or models of the iconic 1969 Dodge Charger, dubbed General Lee, joining a number of other retailers vowing to stop selling Confederate flag merchandise in the wake of the deadly shooting in Charleston, South Carolina, earlier this month.

There isn’t anything remotely racist or political about “The Dukes of Hazzard.”