Now scientists are saying that the Earth is about to experience a “little ice age” because the sun is entering into a “solar slump” and will be giving us less heat for a period of time. 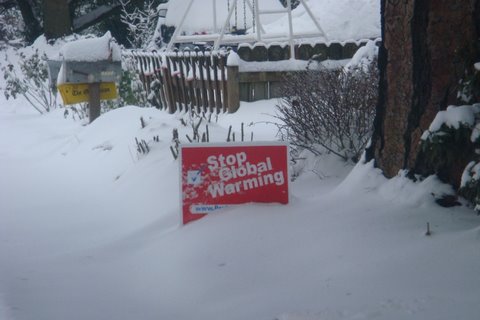 So… global warming… or a new global ice age[1]?

Do they really have any clue at all?

Climate experts warn the amount of light and warmth released by the sun is nosediving to levels “not seen for centuries”.

They fear a repeat of the so-called ‘Maunder Minimum’ which triggered Arctic winter whiteouts and led to the River Thames freezing 300 years ago.

The Met Office-led study warns although the effect will be offset by recent global warming, Britain faces years of unusually cold winters.

A spokesman said: “A return to low solar activity not seen for centuries could increase the chances of cold winters in Europe and eastern parts of the United States but wouldn’t halt global warming.

“Return of ‘grand solar minimum’ could affect European and eastern US winters.”

Beware… THERE WILL BE WEATHER!