In yet another example that our universities have become clown colleges, now we can’t even post street signs showing the universal walking stick figure at the University of Arizona without being called haters of people who can’t walk. 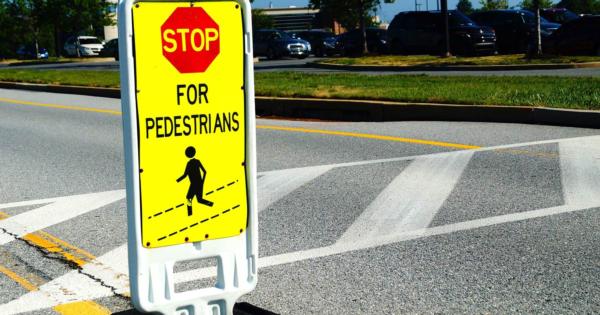 This foolishness[1] comes from Arizona where “walking only” zones have now been determined to be another one of those mythic “micro aggressions” toward disabled people.

The public university enforces these Walk-Only Zones on its Tempe, Ariz., campus during the weekdays in certain areas around campus in order to “enhance pedestrian safety” and “ease vehicle congestion,” according to the university’s website. During the enforcement period, during which students are paid to patrol, wheeled vehicles (including bicycles, delivery vans, landscaping vehicles, golf carts, scooters, Segways, skateboards, etc.) are banned from the area.

But according to a Change.org petition signed by more than 50 people, the zones’ name “marginalizes disabled bodies who cannot walk.” Started by Alec Melger of Mesa, Ariz., the petition asks the university to change the name of the zones to “Pedestrian Only” or another “inclusive” name.

“I was on crutches for 5 weeks and felt uncomfortable when seeing this sign,” James Qian, of Tempe, Ariz., wrote on the petition.

“This is necessary. Oppressive language is a microagression [sic] that needs to be addressed and is often forgotten about,” signee Victoria Jackson, also of Tempe, Ariz., wrote. “Word choice is one of the easiest things to change and often one of the most powerful.”

According to a poster circulating ASU’s campus and obtained by Campus Reform, “not everyone at ASU can walk, so WHY use the lingo ‘Walk Only’?”

“We don’t like creepy people policing our bodies on the way to class either…,” the poster reads.

We have now officially arrived at a point where you should be embarrassed to tell people you are going to a college or university lest you automatically be considered a childish, silly person, instead of a grown up looking to better yourself.