In the era where the President and his Department of “Justice” have implemented a war on cops, it isn’t surprising to discover that the number of police officers murdered in the line of duty has doubled. But that is exactly what has happened, a new report finds. 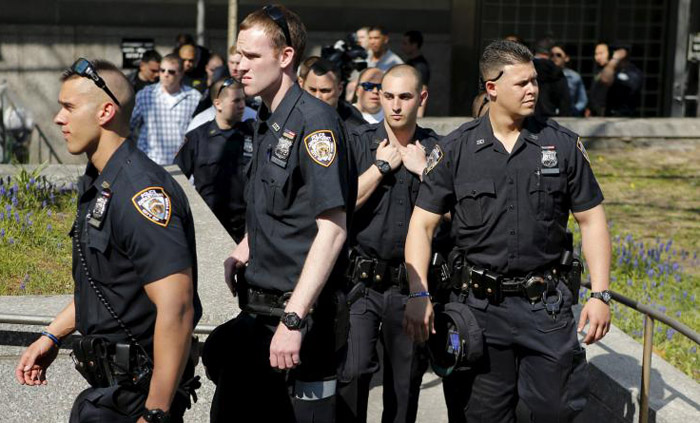 Not only has the number doubled[1], but police morale is at an all time low.

Law enforcement morale is at an all-time low as uniformed officers endure increased pushback from the communities and politicians they’re risking their lives to protect, and a new report released Monday shows on-duty law enforcement deaths in 2014 occurring at nearly twice the previous year’s rate.

“One of the things that we’ve seen just lately, that we’ve never seen before, is police officers are telling their own families, and their own children, ‘Don’t go into this line of duty, this line of work, because it’s not worth it any more,’” said Bill Johnson, executive director of the National Association of Police Organizations.

The number of law enforcement officers who were feloniously killed in the line of duty in 2014 increased 89 percent as compared to the year prior — with most dying after being shot by gun-carrying criminals, according to a preliminary report issued by the FBI on Monday.

Obama’s war on cops is just getting warmed up, folks.