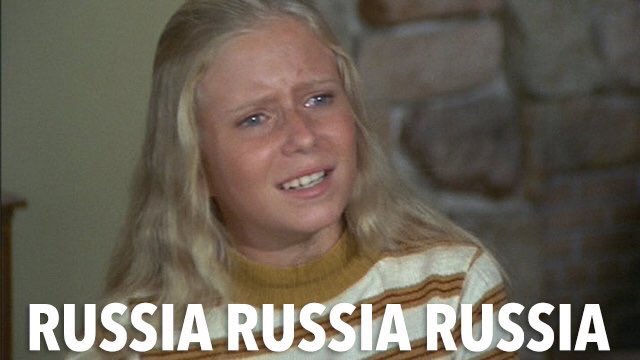 (Daily Caller[2]) NYTimes columnist David Brooks challenged the paper’s dominant narrative in a Tuesday op-ed in which he cautioned critics of President Donald Trump to show restraint in light of the absence of evidence of collusion between the Trump campaign and Russian officials.

“There may be a giant revelation still to come. But as the Trump-Russia story has evolved, it is striking how little evidence there is that any underlying crime occurred — that there was any actual collusion between the Donald Trump campaign and the Russians,” Brooks wrote[3].

There may be a giant revelation, but it is highly doubtful. After all this time, after all these talking points, after all these investigations in Congress and by the same media which mostly refused to investigate Obama and his team, if it hasn’t shown up yet, we can bet with confidence that there isn’t any evidence for a giant, or even tiny, revelation.

Brooks’ explicit admission that there is no evidence to suggest the Trump campaign colluded with Russian officials to interfere in the 2016 presidential election represents a significant departure from what has been the NYTimes editorial position[4] since the multiple ongoing investigations began.

This is because there never was any “there there.” This was all a Democratic Party freakout that started even before he won the GOP primary, around the time he was gaining steam and winning primary elections, and exploded when he won the general election, and outcome that the Democrats just cannot accept.

Brooks examines one of the central arguments that Trump’s critics, his own NYTimes colleagues[5] among them, have introduced in an effort to implicate him in nefarious activity and quickly dismisses it.

“There were some meetings between Trump officials and some Russians,” Brooks wrote. “But so far no more than you’d expect from a campaign that was publicly and proudly pro-Putin. And so far nothing we know of these meetings proves or even indicates collusion.”

Was there Russian interference, or at least attempted interference? 100% yes. Nations muck around in other nation’s elections all the time. The United States certainly does it. What would you call Obama taking the side of the Remain group during the Brexit vote, and even backing Macron during the recent French elections, among others? Sure, on the latter Obama was out of office, but, he’s still an ex-president with a lot of sway. One report states that the Russia interference was about being anti-Hillary[6], not pro-Trump. It was payback for her actions against Russia, and they would have done the same thing regardless of who the GOP chose.

Brooks concludes by suggesting Trump may be vindicated in his criticism of special counsel Robert Mueller’s probe into whether Trump obstructed justice by firing Comey.

They made up a phony collusion with the Russians story, found zero proof, so now they go for obstruction of justice on the phony story. Nice

“Unless there is some new revelation, that may turn out to be pretty accurate commentary,” Brooks wrote referring to Trump’s tweet.

It’s time to end this charade, and leave Democrats to their conspiracy theories. The Republicans need to shut this down and move on to their agenda. And have the fortitude to call the Democrats out, take control of the narrative. Which, we have to admit, is pretty difficult for Republicans. They’re not real good at that.