Obama Changes Oath of Allegiance for New Americans, Takes Out Pledge to Defend the USA

Newly naturalized Americans will no longer have to pledge to defend the USA thanks to the Obama administration’s decision to remove the lines requiring new citizens to bear arms on behalf of the United States or perform noncombatant duties in the armed forces in times of war. 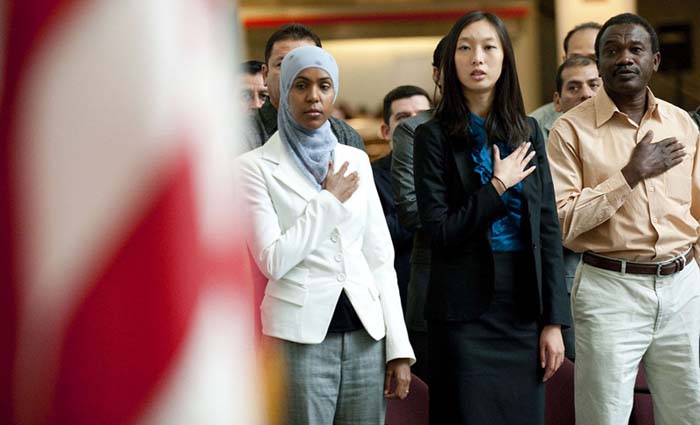 Obama’s U.S. Citizenship and Immigration Services ruled that effective on July 21[1] of this year, some candidates for naturalization will skip the services clause while taking the oath to become Americans.

So that means that in an age when people are streaming here to pretend to become Americans in order to commit acts of terror, now Obama won’t even ask them to voice the words that they will defend the USA.

The current oath reads as follows:

Next to be removed: “so help me God”?