Obama And His Family on THIRD Taxpayer-Funded Vacation in Only Three Months!

The Obama’s sure love their taxpayer-funded vacations, don’t they? In fact, they are already taking their third vacation, two already this year–a year that is only two months old! 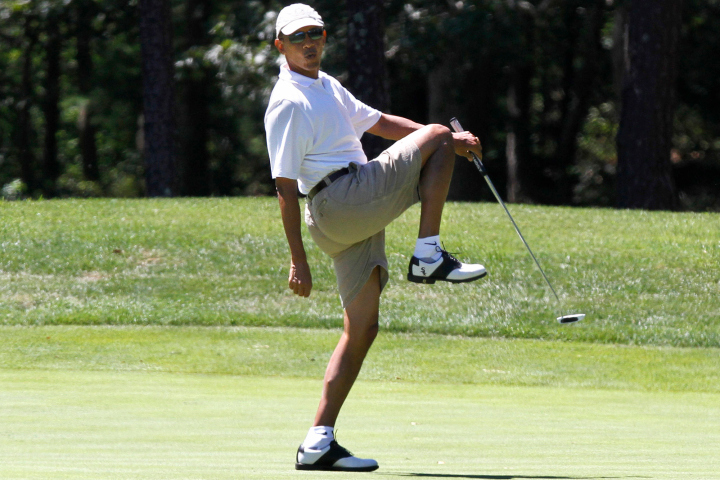 It’s been three for three[1] for the Obamas. A 16-day Christmas vacation, then a big one in January, now they are flying off again this month.

As Americans struggle to make ends meet, the Obamas have enjoyed a series of fabulous vacations.

The First Family took a “Winter vacation” (you and I might know them as “Christmas vacations”). While that’s not out-of-line, the Obamas enjoyed a whopping 16-day vacation, more than what most people will receive all year in terms of paid vacation time.

After returning in January, the Obamas stayed busy until it was vacation time again. Currently, Michelle and the girls are in Aspen, Colorado, skiing and Barack is in California on a golf outing with buddies.

It should be noted that President Obama is drinking Arnold Palmers and golfing with buddies 24 hours after ISIS beheaded 21 Christians and as the rest of the civilized world prepares for war against these savages.

Of course, this requires separate security details, separate accommodations and separate transportation costs. But hey, it’s the least we can do for the man who brought us “hope’n’change,” right?

However, the ski trip won’t be enough; Michelle and her daughters and, presumably, her mother (for whom we furnish a lavish, jetsetting retirement) will be traveling to Japan in March and visiting Tokyo and Kyoto.

Well, I sure would like to be able to fly around the world on someone else’s dime!! How about you?