In a Friday piece, the Heritage Foundation asks, “Why Won’t the Obama Administration Appoint Inspectors General?” Well, the answer is obvious. It is because Obama wants to make sure there are no watchdogs over his administration so he won’t get caught as he plans and executes his law breaking policies. 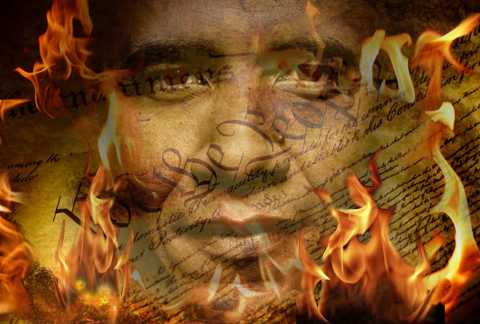 And that isn’t all. Practically every agency has been without an IG for months in some cases and even years in others.

Sen. Ron Johnson, R-Wis., chairman of the Senate Homeland Security and Governmental Affairs Committee, held a hearing recently to address “why this White House, who claimed to wanting to be the most transparent administration in history, has taken so long to fill so many positions of inspectors general.”

Some 33 federal agencies are required by law to have presidentially appointed inspectors general to identify wasteful practices and general government misconduct. But, according to the Project on Governmental Oversight, the Obama administration has left these positions open for, on average, 613 days, which is hundreds of days longer than even President Clinton, who was second with 453 days.

Johnson said having acting inspectors general in these roles is not the same as those who confirmed by the Senate.

“When IG positions remain unfilled, their offices are run by acting IGs who, no matter how qualified or well-intentioned, are not granted the same protections afforded to Senate-confirmed IGs,” Johnson said. “They are not truly independent, as they can be removed by the agency at any time; they are only temporary and do not drive office policy, and they are at greater risk of compromising their work to appease the agency or the president.”

This is Obama giving cover to his illegal policies and making sure no federally required watchdogs are there to catch him break the law.