Our Navy is in such bad shape that the US Marines–which is basically an arm of the Navy–are being forced to deploy off of foreign ships, a new report notes. 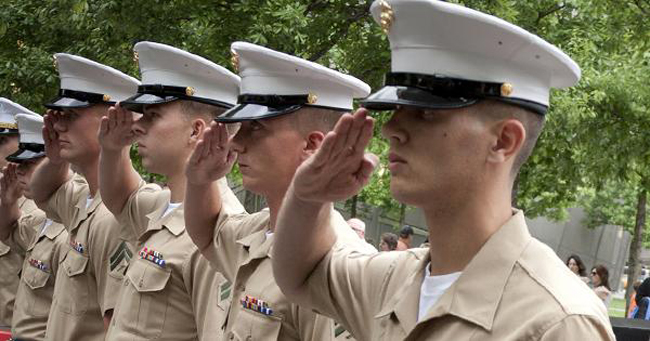 Obama is thoroughly destroying our military by using them up and not replacing equipments, weapons systems, and vehicles. Here we have another example[1] of this fact…

Faced with a shortage of U.S. Navy ships, the Marine Corps is exploring a plan to deploy its forces aboard foreign vessels to ensure they can respond quickly to global crises around Europe and western Africa.

The Marines will be able to respond quickly to evacuate embassies or protect U.S. property and citizens, a need highlighted by the 2012 attack in Benghazi, Libya, that killed four Americans, including the U.S. ambassador.

“There’s no substitute for U.S. amphibious” vessels, Cooling said. “We’re looking at other options” in the meantime, he added.

The Marines have been working with Spain, Italy, the United Kingdom and other close allies to determine the suitability of the foreign ships for U.S. personnel and aircraft.

This is a new low for our armed forces.