After the media went around claiming that it was the evil Republicans who were cutting the Amtrak budget and refusing to pay for “infrastructure,” it turns out that it was an Obama official who said that the special remote railroad braking system that could have stopped the derailment was too expensive and should be canceled. 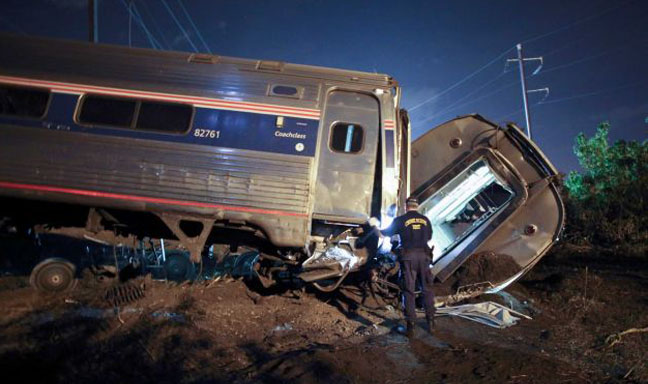 Minutes after the Amtrak crash last week, liberals and the media (but I repeat myself) were all over the evil Republicans for so-called budget cuts. One issue was the lack of the tracks there in Philly having a working “Positive Train Control” system, a system that would have helped remotely put the brakes on the speeding train.

But it turns out that Obama’s own guy was the one recommending that the system be canceled[1], not the Republicans.

When a Republican lawmaker in 2011 asked an Obama administration Office of Management and Budget official to name regulations where costs were not justified by benefits, the official had a ready answer.

“There is only one big one that comes to mind,” said Cass Sunstein, then administrator of the White House OMB’s Office of Information & Regulatory Affairs. “It is called Positive Train Control.”

Even though the regulations for the $13.2 billion rail-safety system were mandated by Congress, “monetizable benefits are lower than the monetizable costs,” Sunstein told then Rep. Sue Myrick, R-N.C., at a House Energy & Commerce subcommittee hearing. “There aren’t a lot like that.”

So, once again we see the media ignoring the truth in order to use a tragedy to beat up Republicans despite Obama’s own guy did the exact thing the media claims the GOP did.