Even as he continues to ramp up military action in various parts of the world, President Obama has announced that he wants to cut the retirement pay of our soldiers. 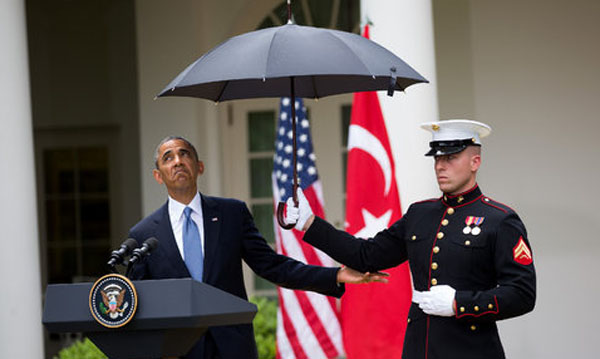 Obama has now said that he will accept the recommendations[1] of a commission set to review soldier benefits.

President Obama said Monday he supports the recommendations of a military commission that would reduce the size of traditional military retirement pay by about 20 percent and offer a new defined-contribution benefit for troops who leave before 20 years of service.

In a letter to congressional leaders, Mr. Obama said the proposals are “an important step forward in protecting the long-term viability of the all-volunteer force, improving quality-of-life for service members and their families, and ensuring the fiscal sustainability of the military compensation and retirement systems.”

Mr. Obama said he has directed his advisers to refine some recommendations, and that the White House will report to Congress on any proposed changes by April 30.

The Military Compensation and Retirement Modernization Commission issued a report in January report calling for shrinking the size of traditional military retirement pay by about 20 percent and offering a defined-contribution benefit for troops who separate before 20 years of service. Lawmakers of both parties raised sharp questions about the panel’s stated belief that the changes will satisfy service members while also saving money for the Treasury.

The commission’s proposal include decreasing the “multiplier” that the Pentagon uses to calculate traditional retirement pensions from 2.5 to 2.0, lowering the initial value of retirement checks by 20 percent.

What do you think of the new scheme? Tell us your thoughts below.