Obama is sending hundreds of Muslims into the USA under the claim that they are refugees, a report finds. 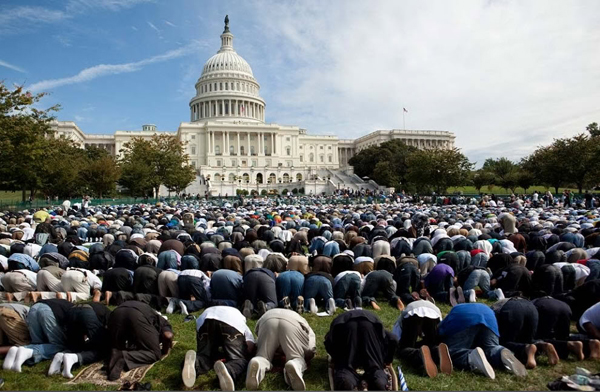 Apparently Idaho and South Carolina are the areas the State Department has targeted[1] for up to 2,000 Syrian refugees.

Idaho is set to become one of multiple receiving states for the relocation of Islamic and other refugees as part of the State Department’s U.S. Refugee Admissions Program (USRAP).

Southern Idaho’s TImes-News reports that the College of Southern Idaho’s Refugee Center will be taking in up to 300 refugees from around the world starting in October. They anticipate most will be from Syria and the Democratic Republic of the Congo.

The Syrian Civil War has resulted in the deaths of 220,000 people and driven some 9 million of the prewar population of 23 million from their homes. Of those, more than 3.8 million have fled to neighboring countries like Lebanon, Jordan, and Turkey.

“U.S. Assistant Secretary of State Anne Richard said during a recent visit to Lebanon that between 1,000 and 2,000 Syrian refugees will be brought to the U.S. by the end of September and several thousand more in 2016,” according to the Times-News.

How many members of ISIS that will slip through with this group remains to be seen.