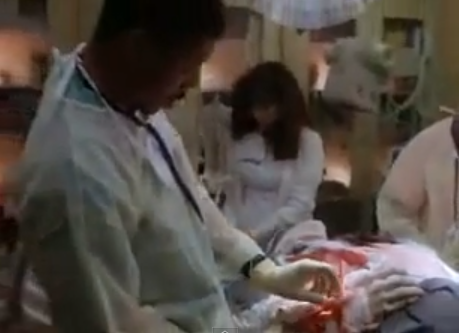 Since the 5-4 decision to uphold Obamacare as constitutional through the taxing authority of Congress, the CBO gave their final grade. . : But it’s not biggie. : This entire overhaul is “deficit neutral” and will save money in the long run. : That’s what the Left try to sell us. : Even Joe Six Pack knows that something can’t be deficit neutral when you spend over a $1 trillion dollars on a new entitlement program. : As Jeffrey Anderson of The Weekly Standard wrote on July 27:[2]

So, what – besides less liberty – would Americans get for their $1,930,000,000,000 and change?:  Well, the CBO now says that Obamacare would cause between 4 and 6 million Americans to lose their employer-sponsored insurance,: writing[3], “Between 4 million and 6 million fewer people are estimated to have coverage through an employer, compared with coverage in the absence of the [Affordable Care Act].”

Moreover, the CBO and/or the Medicare chief actuary have previously said that Obamacare would raise health insurance premiums, would raise overall U.S. health costs, would raise taxes on Americans and on American businesses, and would siphon something approaching $1 trillion (from 2014 through 2023) out of Medicare.:  In the process (according to the Medicare chief actuary), Obamacare would reduce reimbursement rates for Medicare providers to the point where they’d be lower even than the notoriously low reimbursement rates paid to: Medicaid: providers – therefore jeopardizing seniors’ access to care.:  Oh, and Obamacare would also establish the unelected and largely unaccountable 15-member Independent Payment Advisory Board (IPAB) to institute further Medicare cuts.

Lastly,: one of the most intrusive pieces of legislation will still leave 30 million uninsured: a decade from now.

However, we shouldn’t be surprised. The CBO reported back in March[4] that 20 million could lose their coverage as a result of Obama’s health care takeover. : Heritage’s Mike Brownfield cited this report on March 16 in The Foundry[5]:

In: one of the CBO’s reported scenarios[6], 20 million Americans could lose their employer-sponsored health benefits, and 49 million more Americans could become dependent on government-sponsored health care. And it won’t come cheaply for American taxpayers. Projecting through 2022, Obamacare could cost as much as $2.134 trillion, and individual and employer mandate penalties could hit $221 billion.

Then there’s the issue of the unconstitutional individual mandate that forces Americans to buy government dictated health insurance or pay a penalty, as well as: the anti-conscience mandate that religious employers, including schools, hospitals, and charities, must provide abortion-inducing drugs and contraception despite the fact that such services totally contradict many of these groups’ core religious beliefs.

Under Obamacare, costs will go up, people will lose the coverage they have, and quality of care will decline. Individuals and businesses will face penalties, seniors will feel the effects of Obamacare’s cuts to Medicare, doctors will suffer from increased regulation and lower government reimbursement for services, taxpayers will face new taxes, jobs will be lost, millions of Americans will remain uninsured and stuck in overcrowded emergency rooms, religious institutions and the faithful will suffer the loss of their religious liberties, and future generations will pay the costs.

While the cost of this bill is astronomical, the scary number for me is 49 million. : An additional 49 million Americans dependent on government run health care services, which coupled with the 67 million Americans already receiving funds from at least one federal program, is a staggering 116 million people who need Washington to survive. : If you don’t believe the political left is pushing a pernicious dependency agenda, you’re insane. : Obamacare is a cornerstone in their lust to make everyone dependent on government since a federal program is considered, by liberals, to be an inherent good and an equalizer in outcomes. : Note that opportunity has become a fossilized term in the lexicon of the far left.

However, since Obamacare is the largest tax increase in history[7], especially for middle class families, let’s see what we all owe Uncle Sam and the consequences we will have to endure in the coming years compliments of Alyene Senger[8].

Repeal needs to be the primary initiative for a, God willing, Romney administration with the help of a Republican Congress. : No time to debate with squishy Republicans. : The Obama administration has raised the Dependency Index by 23% in two years[20]. : That’s where the 67 million new dependents come from.

In addition, almost half the nation doesn’t pay income taxes[21]. : We’re dealing with a larger proportion of a dependent demographic that’s subsidized by a smaller and smaller tax base. A tax base that the political left feels it can squeeze more revenue out of and still maintain its social welfare commitments, which, as George Will astutely noted, is the flawed logic of trying to leap a chasm in two bounds. To complicate matters, the president holds a deep antipathy towards small business owners and the wealthy, who are also known as the job creating and investing class. : A class that pays 70% of all the income taxes[22]: filed. They’re: the ones who keep the dependents alive and will : pay for this new entitlement program nobody wants, but will keep the Democratic base of freeloaders pacified. With the cost of $1.9 trillion dollars and about the same number of uninsured as we have right now a decade out, it’s just another episode highlighting the failure of big government policies.