More Americans than ever are coming to hate Obamacare and a new Washington Post/ABC News poll shows distaste for Obama’s takeover of our nation’s healthcare system is growing. 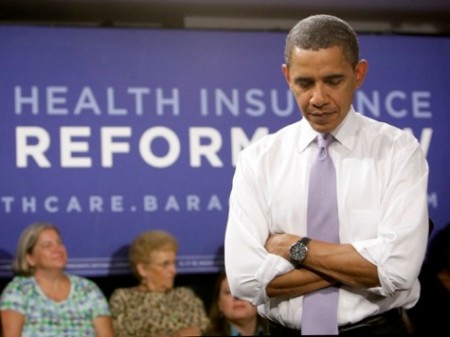 Amidst court cases seeking to invalidate Obamacare and attacking it as un-Constitutional Obama is desperate to force Americans to love[1] his socialist program.

A new Washington Post-ABC News poll finds that a record 54% of Americans oppose Obamacare–the highest disapproval rating ever in the Post-ABC poll–and a six point increase in unpopularity since last year.

This communist program is entirely un-American.