Obama gave the California-based Ivanpah Solar Electric Power Plant $1.6 billion of your tax dollars already claiming that it would bring a thousand jobs and power to millions of people. But the plant is still failing financially and now is demanding another $539 million taxpayer bailout to keep it afloat. 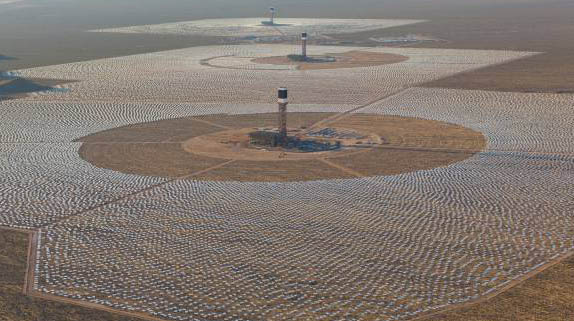 Like all of Obama’s so-called “green energy” projects, this is a massive failure[1] and a giant waste of tax money.

After already receiving a controversial $1.6 billion construction loan from U.S. taxpayers, the wealthy investors of a California solar power plant now want a $539 million federal grant to pay off their federal loan.

“This is an attempt by very large cash generating companies that have billions on their balance sheet to get a federal bailout, i.e. a bailout from us – the taxpayer for their pet project,” said Reason Foundation VP of Research Julian Morris. “It’s actually rather obscene.”

The Ivanpah solar electric generating plant is owned by Google and renewable energy giant NRG, which are responsible for paying off their federal loan. If approved by the U.S. Treasury, the two corporations will not use their own money, but taxpayer cash to pay off 30 percent of the cost of their plant, but taxpayers will receive none of the millions in revenues the plant will generate over the next 30 years.

“They’re already paying less than the market rate,” said Morris, author of a lengthy report detailing alleged cronyism and corruption in the Obama administration’s green energy programs. “Now demanding or asking for a subsidy in the form of a grant directly paying off the loan is an egregious abuse.”

This is yet another example of Obama’s crony capitalism aimed at filling the pockets of his friends despite that it does nothing for the American people.