Obama’s Secretary of Homeland Security says that Islam is not the cause of any terrorism in the world today. How can he say that? Because he insists that terrorists aren’t really Muslims. Oh, you heard that right, America. 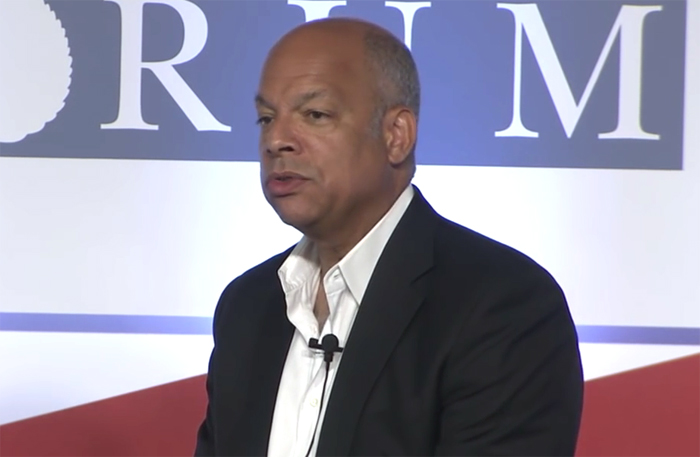 DHS secretary Jeh Johnson was recently at a security forum where he flat out refused to identify terrorists as Muslims[1] and went further to claim that anyone who says that terrorists are Muslims are insulting Islam.

Lizza asked Johnson, “Why do you, and the Obama Administration, describe this as violent extremism and not – and refuse to use the phrase – Islamic extremism?”

Johnson responded, “I believe strongly – and I hear this over and over again from Muslim leaders in this country – that to refer to ISIL as ‘Islamic extremism’ concedes too much. It dignifies them as occupying some part of the Islamic faith, which is about peace.” Really, he pulled out that old line.

He further stated, “And so if you call it ‘Islamic anything,’ uh, we are dignifying this terrorist organization with occupying a part of the Islamic faith which Muslims in this country I know, push back very strongly on,” Johnson said. “So If I went into these [Muslim] communities calling it ‘Islamic extremism,’ I’d get nowhere.”

When the host of the event pointed out that most people feel this is just blatant political correctness, Sec. Johnson replied, “I could not disagree more.”

See, America. Obama and his minions say YOU are the problem for daring to say that terrorism is caused by Islam.