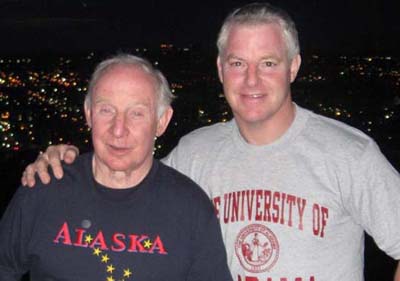 Sarah Palin’s father, Chuck Heath, Sr., is being harassed by the IRS. And yet, the Old Media complex is not saying a word about this story. Imagine that.

On his Facebook page[1], Sarah’s brother, Chuck Heath, Jr., posted that his father is battling the IRS.

My father, who worked multiple jobs and faithfully and honestly paid his taxes for fifty years, had never heard a word from the IRS. In 2008, his daughter was tapped to run for vice president of the United States. Since that time, he has been, in his words “horribly harassed” six times by the agency. They’ve tried to dig up something on him but he’s always operated above board.

Government and politics are ugly. Kudos to the few that are trying to clean it up.