As we learn more about Obama’s disastrous deal with Iran that will allow the terrorist nation to develop a nuclear weapon, now we find out that Obama went out of his way to give relief from sanctions to an Iranian general who was involved with sending bombs to Iraq that killed thousands of American troops. 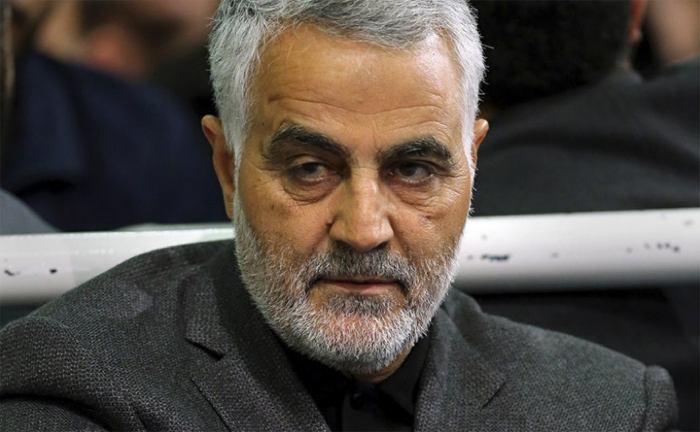 This Iranian general, Qasem Soleimani, was instrumental in arming and training Shiite militias that turned against Americans in Iraq during our decade of engagement there. But now, buried in the odious nuke deal, this killer gets some lucky benefits[1] thanks to Obama and his idiot Sec. of State John Kerry.

Among the big winners in the agreement to curtail Iran’s nuclear program, count a notorious and shadowy Iranian general who helped Shiite militias in Iraq kill American soldiers and who has come to the rescue of Syrian dictator Bashar al-Assad.

You’ll find his name, Qasem Soleimani, buried in an annex (PDF) of the unremittingly dense Joint Comprehensive Plan of Action, along with some of his colleagues from the senior ranks of the Iranian Revolutionary Guard Corps, as well as its various divisions and corporate fronts. They’ll all be granted some sanctions relief as part of the U.S.-brokered deal to curtail Iran’s development of a nuclear weapon.

That Soleimani—who runs Iran’s elite paramilitary and covert operations group, the Quds Force—was even on the list appeared to catch some U.S. officials by surprise. A senior administration official briefing reporters on Tuesday morning didn’t have a ready response when asked when and why Soleimani was added. Secretary of State John Kerry reportedly denied that the 58-year-old general was on the list to be freed from the sanctions yoke. Iranian Foreign Minister Javad Zarif, agreed, saying Soleimani—whom the U.S. accused in 2011 of plotting to launch a terrorist attack in the United States—had been confused with someone else with a similar name.

They were all wrong—or maybe didn’t want to be right. Soleimani is, in fact, on the list, a Treasury Department official later confirmed to The Daily Beast. And his presence definitely surprised some powerful lawmakers, who are already sharpening their knives for a filleting of the Iran deal.

“He’s got American blood on his hands,” Senator John Cornyn said of Soleimani. “I’m not sympathetic to lifting sanctions on him, that’s for sure.”

This general isn’t the only one who Obama gave big breaks to in this nuke deal. Several other murderous, terror-exporting Iranian generals also got Obama’s favors.

Obama is giving aide to our enemies.