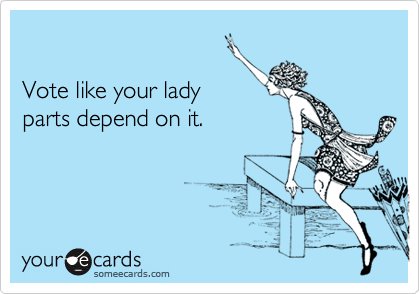 This image was followed with a text tag that said, “because they kinda do.”

Uh, no, they kinda don’t, you supercilious liars.

And since when was a woman nothing but her p*ssy? I thought women wanted to be considered a whole person, a person with a mind and someone worth more than a mere sex organ?

Apparently all liberal women think is that they are a giant, walking vagina and absolutely nothing else.

Naturally, as soon as a light was shown on their lies, the Obama campaign removed the offensive page. All you get is an error page[1] now. Now it’s down the memory hole as if it never happened. 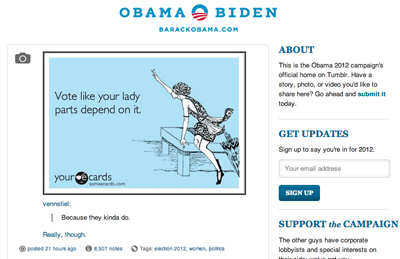