Obama’s Pentagon Says The Bible, Constitution, And Declaration of Independence are ‘Sexist’

Obama’s Pentagon wants you to know that our founding documents are filled with evil, sexist, stuff, OK? 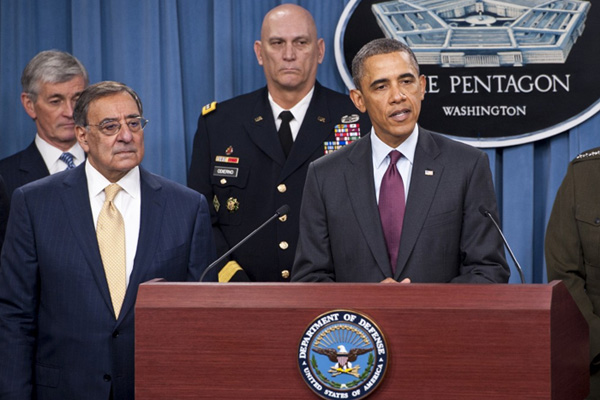 This is what we’ve come to with all this political correct garbage[1], folks. Now our founding documents are being deemed to be evil by our own government. 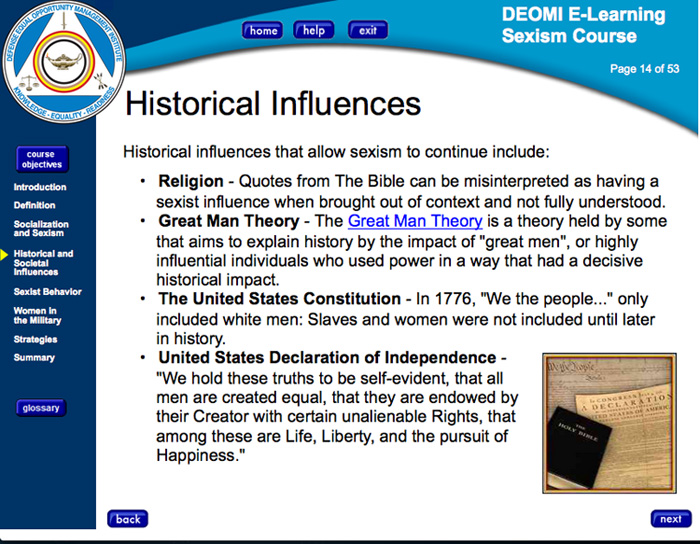 According to a Defense Department approved “sexism course,” the Bible, the U.S. Constitution and the Declaration of Independence all contribute to modern sexism.

Those three cherished texts all count as “historical influences that allow sexism to continue,” according to a presentation prepared by the Defense Equal Opportunity Management Institute, whose mission is to give a ”world-class human relations education.”

According to the course, the Bible has “quotes” which can be interpreted as sexist by readers.

The Declaration of Independence is also an historical cause of sexism, as the document refers only to ”all men” — not “men and women.”

And the Constitution, the Pentagon argues, is an historical source of sexism because “slaves and women were not included until later in history.”

This is a sign of how far Obama’s government has gone to destroy our past.