OMG! Huma Abedin Caught on Tape Doing THIS – To Another Woman!

I guess Huma Abedin[1] doesn’t like to be touched by the riff raff. After the farce that was the Democratic debate the other night, Hillary and Abedin were doing a meet and greet. A woman shook the Hildabeast’s hand and then tried to hug Huma. That was met with less than enthusiasm. Much to the woman’s shock, Abedin shoved her away and said something to her that appeared to be very stern and unpleasant. Huma Abedin, who is directly connected to the Muslim Brotherhood, is a long time aide to Clinton. For years there have been whispers of her and Hillary having a relationship, even though Huma is married to dirt bag Anthony Weiner. She is now embroiled in Hillary’s email scandal and is being targeted by the FBI. Can you imagine hugging that monster? Shudder. 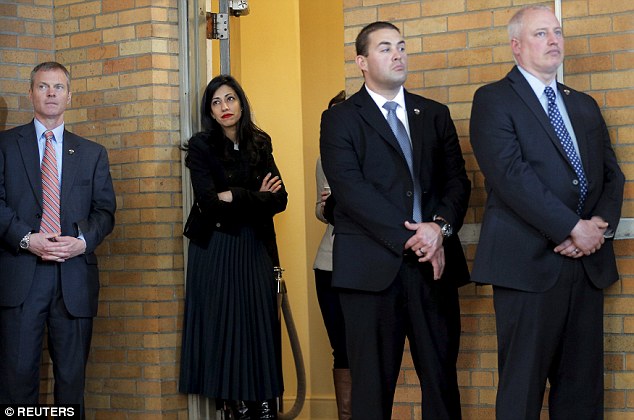 Huma Abedin was in no mood for a hug after Thursday’s Democratic debate.

The long-time aide of Hillary Clinton was walking behind her boss while she greeted supporters in Wisconsin following the event, when one woman went to embrace Huma after shaking Hillary’s hand and received a surprisingly aggressive response from the political staffer.

Huma began to frown as soon as she saw the woman’s arm nearing her shoulder at which point she almost instinctively shoved it away while also sternly saying something that appeared to be directed at the unidentified individual.

The woman who was spurned by Huma seemed stunned and mortified by the development. Hillary seemed oblivious and Huma continued on like nothing had happened. Abedin is refusing to comment on the incident. Huma apparently displays similar behavior in the upcoming documentary Weiner, about her disgraced husband Anthony Weiner’s failed run in the New York City mayoral race. Weiner premiered last month at Sundance, and Vulture called Huma’s behavior one of the most fascinating things about the film, writing; ‘Abedin’s body language, all the time. The crossed-arm look of death. The eye-roll. She’s hilarious.’ So not funny. Huma Abedin is sheer evil and a proxy for the Iranians. She’s vile. 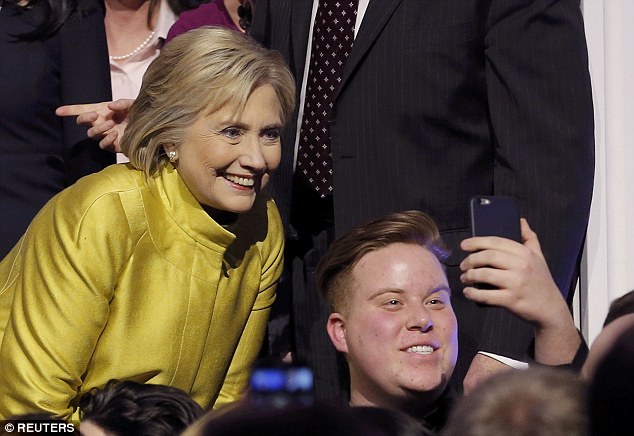 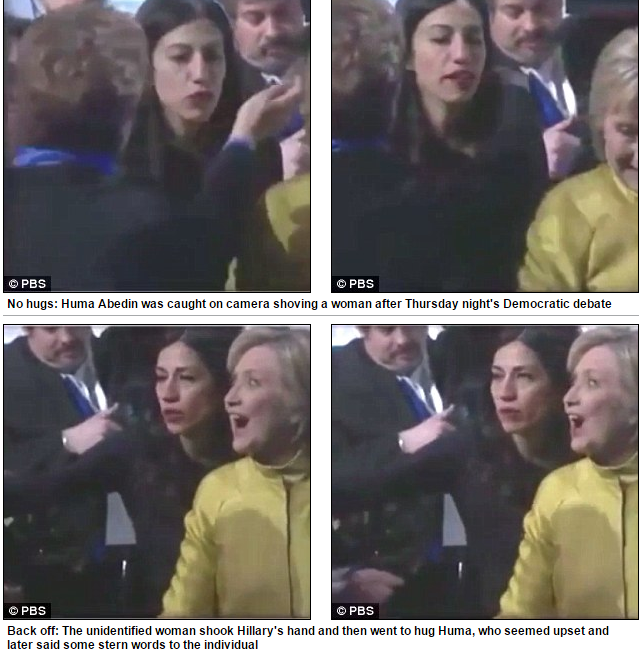