On the Road to Totalitarianism With the Sixth Circuit

Last week’s decision on the constitutionality of Obamacare[1], which was handed down by the Sixth Circuit Court of Appeals, is troubling on many fronts.

Two of the three judges asserted that Congress has the authority under the Commerce Clause to compel individuals’ behavior by dint of their mere existence. A requirement that citizens purchase a product — in this case, health care insurance — whether they wish to or not, has never before occurred in all of American history.

Virtually everyone will need health care services at some point, including, in the aggregate, those without health insurance. Even dramatic attempts to protect one’s health and minimize the need for health care will not always be successful, and the health care market is characterized by unpredictable and unavoidable needs for care. 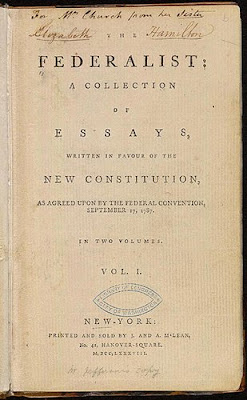 It is under this rubric that the Court shreds the United States Constitution[2], eviscerates the Declaration of Independence[3] and completely ignores the stated intent of the Framers in The Federalist Papers[4].

Because, the Judges assert, that most people will participate in the health care market, the federal government has the right to compel — with the force of law — individuals to purchase health insurance contracts of the central government’s design.

How is the health care industry segregated from other industries to prevent the federal government from encroaching upon every other segment of human activity? The judges spare but a few words on this critical issue, stating “…unlike nearly all other industries, the health care market is governed by federal and state laws requiring institutions to provide services regardless of a patient’s ability to pay.”

In other words, the only “firewall” the judges construct to shield other industries from the Orwellian reach of the government is one made of cardboard. In essence, because the health care market is already regulated, the industry is said to be unique and therefore can be utterly controlled by the central government.

All citizens will need shelter and many regulations already dictate the nature and construction of housing. Can the central government compel individuals to purchase certain minimum levels of housing and builders to offer certain services under a regime of price controls? Apparently so.

All citizens will need food and a battery of regulations at every level of government already dictate every aspect of food manufacture and distribution. Can the central government require individuals to buy certain foods — perhaps under the aegis of healthy eating — and businesses to offer a menu dictated by a central authority? Apparently so.

All citizens will require transportation and a host of regulations govern every modality of travel — by air, bus, automobile, and even bicycle. Can the central govenrment require all individuals to buy, say, bicycles under the banner of healthy living, clean energy and personal transportation? Apparently so.

Under this decision, with this Court, the destruction of our country[5] — through its transformation into a totalitarian regime — comes one step closer to reality.

2012 may be our last chance to save this Republic, if indeed any time remains at all.