Only the Rich Back Jeb Bush: Only 3 Percent of His Campaign Cash Comes From Small Donors

Once again we see that only millionaire establishment types want Jeb Bush to become the GOP nominee for president and this time the proof is in his campaign donors. A new review of the money he’s taken in so far shows that only a tiny, tiny 3 percent of his campaign cash has come from regular, rank and file, small donor voters. 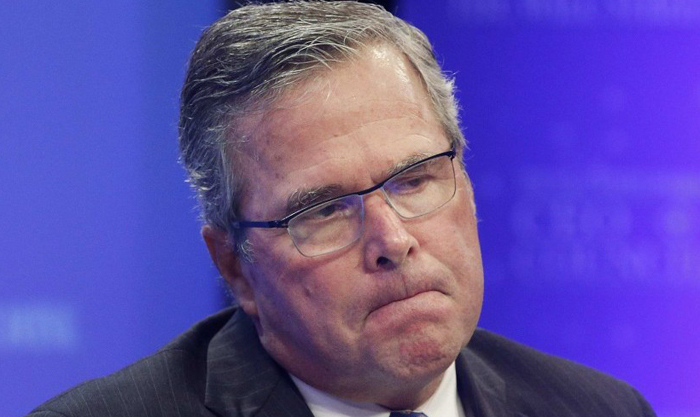 So, clearly, only the super rich are supporting Jeb[1], not the voters, not regular citizens, not small donors.

Jeb Bush is a fundraising powerhouse among the Republican Party’s biggest donors, but he is struggling among smaller donors. Of the $11.4 million his campaign raised during its first two weeks, only 3 percent came from donors who gave less than $200.

Small contributors gave Bush only $368,023, the campaign’s federal filings show. Donors who gave the legal maximum of $2,700 accounted for more than 80 percent of Bush’s total haul.

Bush had 12,334 donors between June 15 and June 30, his campaign said. That means his average contribution was $926. The average Sanders contribution? $35.

This donor record proves that the Republican Party’s rank and file do not want Jeb Bush for president.