As Democrats burn down the Democrat city of Baltimore, we can’t forget that Hillary Clinton and her so-called “charity” is still in trouble for fraud and breaking the law and today we get a new story saying that the Clinton Foundation “accidentally” forgot to disclose 1,100 foreign donations. 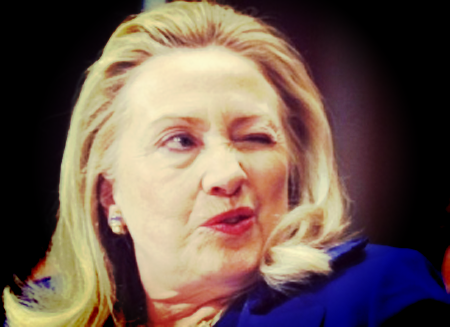 There is no other conclusion with this donations scandal than to understand that Hillary took hundreds of millions from foreign donors when she was Secretary of State and in exchange she did favors for foreign nations.

Regardless, now the Clinton Foundation is suddenly saying[1] they “forgot” to disclose 1,100 foreign donors.

Hillary Clinton’s presidential run is prompting new scrutiny of the Clintons’ financial and charitable affairs—something that’s already proved problematic for the Democratic frontrunner, given how closely these two worlds overlap. Last week, the New York Times examined Bill Clinton’s relationship with a Canadian mining financier, Frank Giustra, who has donated millions of dollars to the Clinton Foundation and sits on its board. Clinton, the story suggests, helped Giustra’s company secure a lucrative uranium-mining deal in Kazakhstan and in return received “a flow of cash” to the Clinton Foundation, including previously undisclosed donations from the company’s chairman totaling $2.35 million.

Giustra strenuously objects to how he was portrayed. “It’s frustrating,” he says. And because the donations came in through the Clinton Giustra Enterprise Partnership (CGEP)—a Canadian affiliate of the Clinton Foundation he established with the former president—he feels doubly implicated by the insinuation of a dark alliance.

If Hillary were a Republican–heck if she were anyone else–she would already be in jail for this blatant lawbreaking.