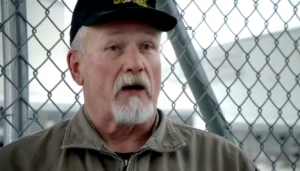 Meet Donnie Box. : He’s featured in Priorities USA’s ad showing him standing outside the now closed GS Technologies Steel plant giving the impression that Mr. Romney is bad for America’s middle class and the economy.: “This was a booming place and Mitt Romney and Bain Capital turned it into a junkyard just making money and leaving,” he says. : However, this narrative has been undercut from Mr. Box’s feelings towards the president. : As Eric Randall of The Atlantic Wire reported:[2]

: In These Times,: a progressive magazine,: interviewed: Box[3]: and this is not the Obama campaign’s preferred message:

“I think Obama is a jerk, a pantywaist, a lightweight, a blowhard. He hasn’t done a goddamn thing that he said he would do. When he had a Democratic Senate and Democratic Congress, he didn’t do a damn thing. He doesn’t have the guts to say what’s on his mind.”

This probably doesn’t have the salience that it might in the mouth of, say, Warren Buffett’s secretary, but the ad’s been in pretty high circulation, part of a: $7 million: ad campaign: in Colorado, Florida, Ohio, Pennsylvania, and Virginia, one that: Priorities USA[4]: has said is partially responsible for hurting Romney’s polling in swing states. Having the star of the ad call the President a “pantywaist” does sort of diffuse what was an effective bomb.