OUTRAGEOUS: Obama Puts Out Statement on Kenya Massacre WITHOUT Mentioning Islam, Muslims or Even Christians!

Last week an army of murderous Muslims attacked a school in Kenya and systematically murdered everyone who was Christian. 147 were slaughtered. But when Obama finally put out a statement about the massacre, he somehow forgot to mention Islam, Muslims or even Christians! 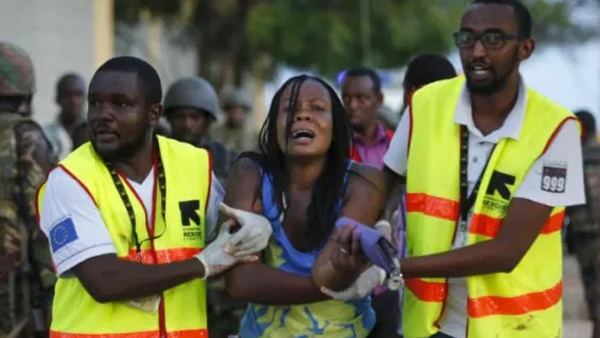 The sole reason for this attack is rooted in the hate and violence inherent in Islam. Yet Obama couldn’t[1] see his way clear to even mention that truth?

Michelle and I join the American people in expressing our horror and sadness at the reports coming out of Garissa, Kenya. Words cannot adequately condemn the terrorist atrocities that took place at Garissa University College, where innocent men and women were brazenly and brutally massacred. We join the world in mourning them, many of whom were students pursuing an education in the pursuit of a better life for themselves and their loved ones. They represented a brighter future for a region that has seen too much violence for far too long. We also commend the heroism of the responders who lost their lives in the selfless protection of the students and faculty.

I know firsthand the extraordinary resilience and fundamental decency of the people of Kenya. So I know that the people of Garissa and all of Kenya will grieve, but their determination to achieve a better and more secure future will not be deterred. And neither will the resolve of the United States. We will stand hand-in-hand with the Kenyan Government and people against the scourge of terrorism and in their efforts to bring communities together. This much is clear: the future of Kenya will not be defined by violence and terror; it will be shaped by young people like those at Garissa University College – by their talents, their hopes, and their achievements. This is a message I will relay to the Kenyan people when I visit Kenya in July. Even at this difficult hour, the Kenyan people should know they have an unwavering friend and ally in the United States of America.

Still, I guess we should be surprised he even used the word “terrorism” at all in his statement. 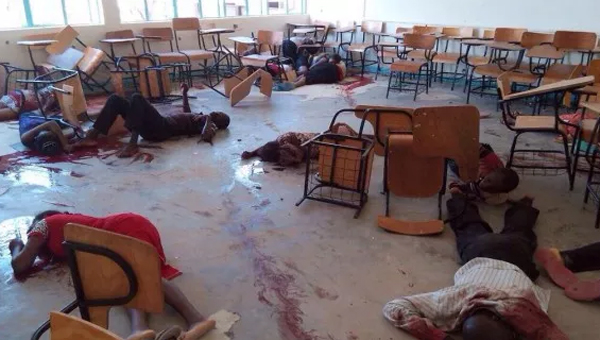