From now on publishers of The Patriot-News in Harrisburg, Pennsylvania have decreed that stories that carry any message that criticizes gay marriage will not be allowed. It’s a move that turns the paper’s own name into an ironic statement against freedom of speech. 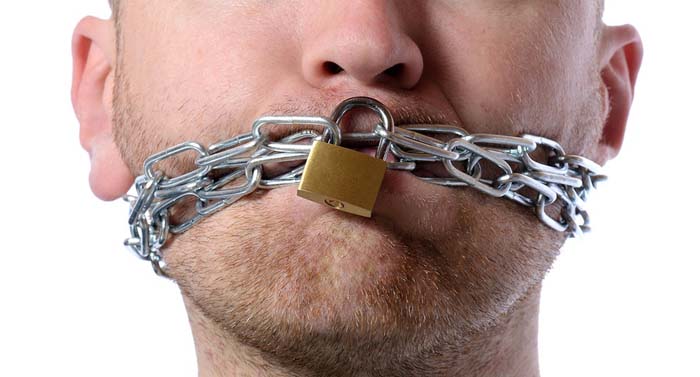 So now, a newspaper that calls itself the “Patriot” news will be using its editorial powers to put a ban on free speech. In a state that formed one of the original 13 colonies that fought the British for free speech, yet!

That’s right, no contrary opinion[1] will be allowed in Harrisburg from now on…

The editorial board of PennLive/The Patriot-News in Harrisburg, Pa. is taking a hardcore stance against those who disagree with the Supreme Court ruling to legalize gay marriage.

“As a result of Friday’s ruling, PennLive/The Patriot-News will no longer accept, nor will it print, op-Eds and letters to the editor in opposition to same-sex marriage,” they declared.

After receiving strong pushback, the newspaper’s editorial board, which is overseen by Editorial Page Editor John Micek, quickly revised its policy. Freedom of speech will be allowed — but only for a “limited” period of time.

No free speech for you, Patriot-News readers.