Pennsylvania Democrats just got spanked by a bill that was just passed that gives gun rights groups like the NRA the right to sue localities for passing laws that violate state law concerning guns. It’s about time these guys had a trip to the woodshed and this is a welcome sight. Here’s a thought guys… if you don’t want to be sued, stop violating the Constitution and Pennsylvania state law[1]. 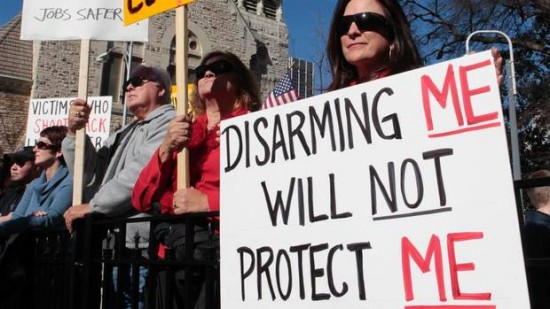 From the Free Beacon[2]:

Pennsylvania Democrats are outraged after a bill was passed that allows gun rights groups like the NRA to sue localities for passing laws that violate state law.

Many such Democrats said a provision forcing localities that lose lawsuits to pay the legal fees of the plaintiffs is particularly objectionable.

I don’t give a flying crap about your financial stability, you Marxist idiots. Stop trying to seize everyone’s guns, follow the law and the finances will even out. That’s just another Progressive excuse to employ jackbooted, unconstitutional tactics against Americans. Pennsylvania state law explicitly states that localities may not create their own gun laws. Section 6120[4] of the state’s Uniform Firearms Act says “no county, municipality, or township may in any manner regulate the lawful ownership, possession, transfer or transportation of firearms, ammunition or ammunition components when carried or transported for purposes not prohibited by the laws of this Commonwealth.” So, are Pennsylvania Dems dense, dishonest or both? Check and check.