As the investigation into how the Baltimore police handled the riots earlier this year it is becoming clear that commanders did essentially tell officers to stand down and not engage protesters–in other words, to let them run wild while cops do nothing. 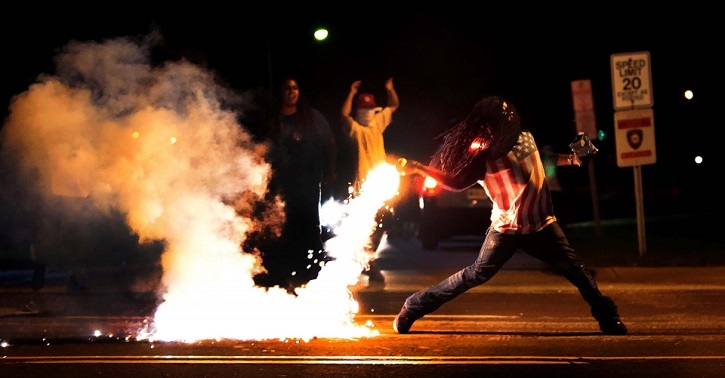 Police commanders in Baltimore have repeatedly denied that any stand down orders were given, but Baltimore’s Fox 45 has audio[1] of the police scanners and it pretty much proves that police were told not to engage.

The Fox report shows that officers were told to stay out of the downtown area and to leave the protesters alone.

Still, Police Chief Anthony Batts claims[2] that the orders were meant to keep the riots from spreading and to protect the lives of officers.

Police Commander Anthony Batts has continuously denied giving his force a “stand down” order, which would essentially tell them to withdraw. But commanders say they were told “do not engage” and to “hold the line” — in other words, stay together as a human barrier, with no officers allowed to step out to confront or arrest a protester.

But it is clear that officers were told to stay away from protesters and allow them to do whatever they want to do.

So, the real question is, from how high up did these orders come?