A professor at a Connecticut college charged a CT State Trooper with racial profiling when he stopped her for illegally using lanes in May. She made an official complaint claiming the trooper was racist, but the dash-cam video shows that she is the one who is lying and now SHE has been charged with filing a false report. 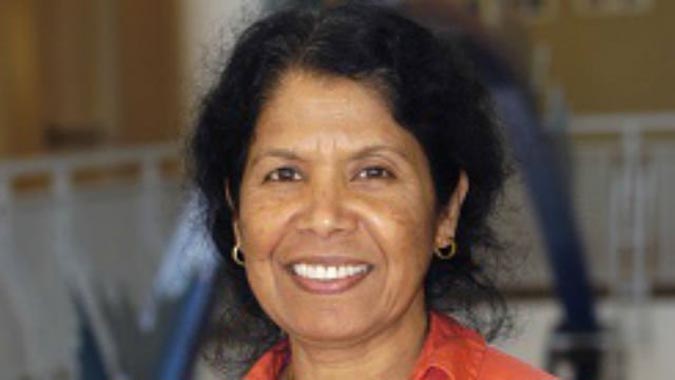 You gotta love this. Capital Community College professor Minati Roychoudhuri claimed that on May 9 she was racially profiled by a state trooper and she formally charged him with racism[1]. But her plans to throw the race card went a bit askew…

According to Fox CT, Minati Roychoudhuri, 32, was driving on a highway on May 9 when she was pulled over in the town of Wethersfield. She was cited for failure to drive in the established lane. A month later, Roychoudhuri sent a letter to the Commissioner of Public Safety claiming that the officer had racially profiled her.

When Roychoudhuri, who teaches at Capital Community College, in Hartford, gave an in-person interview in regards to her letter a week later, she repeated her claims of racial profiling and that the officer did not explain why she was stopped. She also signed a statement that it is a crime for her to make any claims that she does not believe to be true in an effort to mislead a public servant.

Most State Police cruisers, including the one that stopped Roychoudhuri, have video and audio recorders to record all motor vehicle stops. An Internal Affairs investigation examined the dash cam audio.

In the recording, the officer asks if Roychoudhuri knows why she is being stopped. When she says no, the officer is heard saying, “Okay. There’s that big gore area with white lines painted across it and you cut in front of it, in front of me, thinking it’s a lane or something. You have to wait until it’s a dotted white line.”

The investigation concluded that the officer never asked Roychoudhuri if she spoke English and that he clearly explained to Roychoudhuri why she was pulled over. Roychoudhuri was subsequently arrested for giving a false statement in the second degree.

Ya really gotta love it that another lying racebaiter got caught in her lies.