Democrats have used and abused black Americans enough and now they are speaking out with a vengeance. Obama has destroyed whole cities where the middle class once thrived – his gift to black America has been poverty, unemployment and hopelessness. But Obama and his Marxist cohorts are about to get their walking papers and I am sooo very proud of these black activists. Cast your vote that is based on the truth and send the Leftist racists packing[1]. 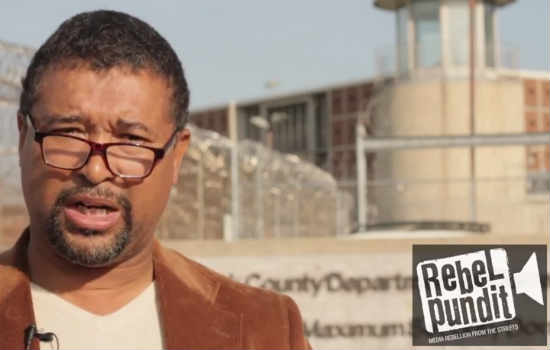 Black Americans around the country are waking up to the worn out, tired tactics of the Democrat Party and their disastrous policies that have decimated the black community. For years before entering politics, Barack Obama was a ‘community organizer’ in Chicago. What Obama left behind after all those years of organizing the community, is more violence, dilapidated living conditions, high unemployment, and a loss of hope thanks to his current policies as president.

A group of black activists in Chicago have put together another powerful video calling out who they say are the real oppressors of the black community. Contrary to what the Left want blacks to believe, the oppressors are not Republicans or the Tea Party. No, the real oppressors, according to Paul McKinley, are black liberal Democrats who run cities like Chicago and Detroit. They call out these so-called leaders, including Barack Obama, for not only their damage, but also how they use, abuse, and take for granted the black vote.

McKinley, along with Mark Carter, Joseph Watkins and Harold “Noonie” Ward work to arm their fellow black Americans with the truth, imploring them to vote based upon that truth, not the lies told to them by the Democrat Machine.

McKinley boldly stated that the black on black crime we hear about so often is true. But, he says, it doesn’t just happen on the street. It is happening down in city halls across America and when black people vote against their best interests by voting Democrat.

Turning lives and communities around with hard work and real equality. The equality of freedom, not the collective misery of dependence. Save lives… vote Republican and take your country back. All free people in America need to stand like this and kick out the oppressors – the elitists stealing money, power and land from all of us. What have the Democrats ever done for black America? Nothing, but shove neo-liberal policies down their throats and imprison hard-working people in ghettos. When all the deals have been cut and we have all been left out – this is where we end up. Vote the bastards out.