How did Freddie Gray die in police custody? That is the big question. Well, now leaked documents say that a fellow prisoner claims that Gray was slamming himself into the walls of the van in order to hurt himself. 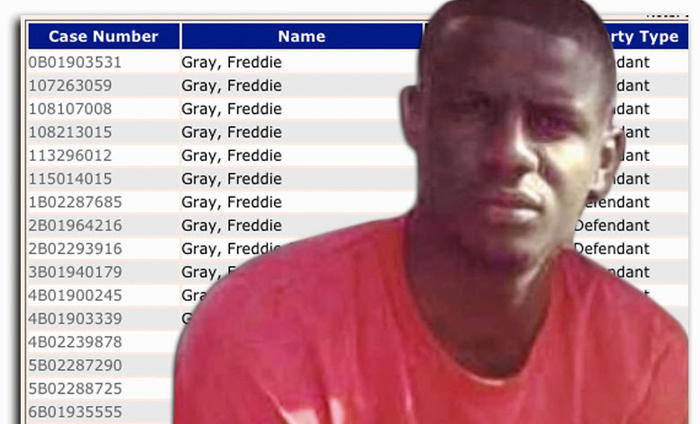 The Washington Post got hold of some internal documents[1] from the ongoing police investigation into how Gray was injured in the police van.

A prisoner sharing a police transport van with Freddie Gray told investigators that he could hear Gray “banging against the walls” of the vehicle and believed that he “was intentionally trying to injure himself,” according to a police document obtained by The Washington Post.

The prisoner, who is currently in jail, was separated from Gray by a metal partition and could not see him. His statement is contained in an application for a search warrant, which is sealed by the court. The Post was given the document under the condition that the prisoner not be named because the person who provided it feared for the inmate’s safety.

The document, written by a Baltimore police investigator, offers the first glimpse of what might have happened inside the van. It is not clear whether any additional evidence backs up the prisoner’s version, which is just one piece of a much larger probe.

So, was Gray trying to hurt himself so that he could make a false charge of police brutality? And he just went too far and seriously hurt himself?