It would seem that four young muggers, ages 15 to 17, attempted to make Pennsylvania State Representatives Marty Flynn’s day by proceeding to try and mug him and fellow Democrat, Ryan Bizzarro. Big mistake. Flynn pulled his concealed weapon and fired away. I don’t think he hit any of them, but they ran for their lives. All four are now in custody and will be tried as adults[1]. 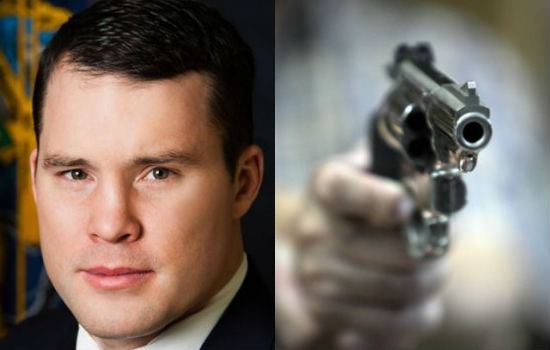 Western Journalism[3] reports that Pennsylvania State Representatives Marty Flynn and Ryan Bizzarro were walking by the State Capitol on Tuesday and were held-up by four young muggers. Flynn, a former prison guard, pulled his concealed weapon and reportedly shot at the muggers who had robbed several people just a day earlier.

Reports indicate that all four muggers were apprehended and though their ages range from 15 to 17, all four will be tried as adults for their violent crime.

After the altercation, Flynn informed police and relinquished his firearm for the investigation that appears as a textbook example of self-defense. Flynn, a politician, briefly discussed the issue as an extension of his commitment to his constituents, saying,

“We are used to fighting for the people in our districts every day. We certainly are going to stand up for ourselves and not become victims.”

Let’s give credit where credit is due: thankfully, Flynn had the ability to defend himself and though he belongs to a party dedicated to civilian disarmament, it appears he has survived for another day and can help his party by leading by example.

That’s a Democrat I could support and he definitely made my day. This is a prime example of why everyone should carry all the time these days. More guns equals less crime and puts criminals on notice – you accost us, you risk forfeiting not only your freedom, but your life. Ask yourself… is it a good day to die?