Journalist Danielle Young is claiming that Jesse Jackson sexually harassed her after giving a speech at her former place of employment, which she doesn’t name, but instead calls a “very popular media company.” 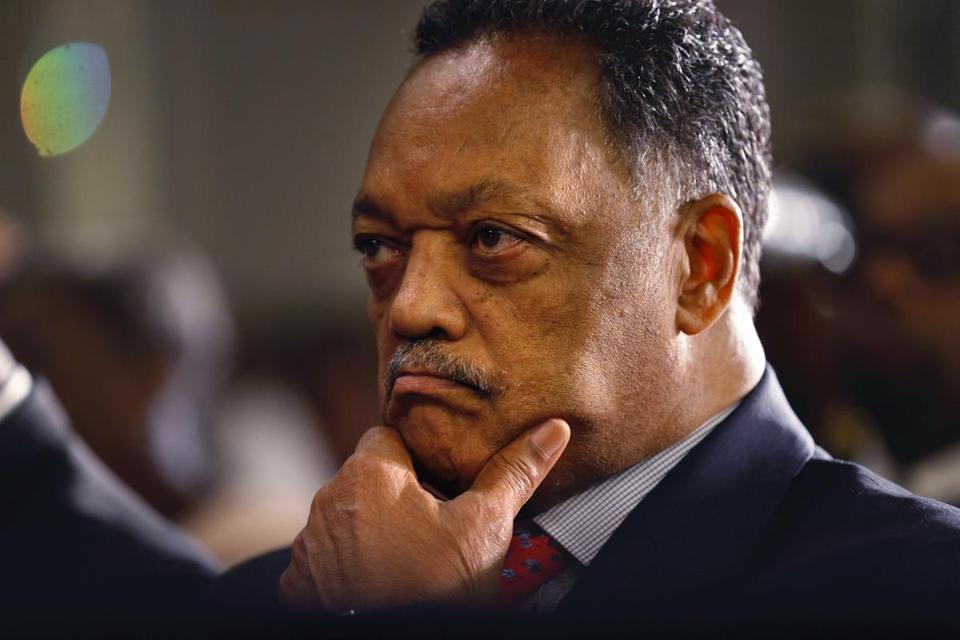 She details her unfortunate encounter with Jackson in an article entitled: “Don’t Let the Smile Fool You. I’m Cringing on the Inside.” In it, she discussed how Jackson came to her place of business and spoke about a variety of things, including the responsibility that black journalists have. After his talk, each person present got a few minutes to talk with the Reverend and Young was no exception.

What happened to her, however, sets her apart from her colleagues.

“I walked toward Jackson, smiling, and he smiled back at me,” she wrote. “His eyes scanned my entire body. All of a sudden, I felt naked in my sweater and jeans.”

“As I walked within arm’s reach of him, Jackson reached out a hand and grabbed my thigh, saying, ‘I like all of that right there!’ and gave my thigh a tight squeeze,” she continued. Disgusting, right? The idea of Jackson touching me at all is enough to jump start a vomit, let alone squeezing my thigh.

She then wrote about how he began to giggle uncontrollably at his undesirable advances, not because anything was particularly funny, but because it was a nervous reaction. (I used to do this when I was getting spanked, so I feel for her right here.)

“And I continued to giggle as he pulled me in closer, stared down at my body, smiled and told me he was only kidding,” she noted.

At the time, she didn’t even consider it sexual harassment, though there have been a series of stories about Jackson that seemed to corroborate what happened to her. After hearing about all of the stories coming out of Hollywood, however, she felt like it was her duty to come forward.

“My silence gave Jackson permission to continue grabbing at the next pair of thick thighs he liked,” she concluded. “I’m hoping that my voice does the opposite.”

In response to the allegations, Jackson’s representative issued a statement.

“Although Rev. Jackson does not recall the meeting three years ago, he profoundly and sincerely regrets any pain Ms. Young may have experienced.” it reads in part.

We’ll see what the Democratic Party does about this.