As each hour rolls on we find out more of the outrageous lies and actions by race faker Rachel Dolezal, but this one takes the cake. The white woman who was pretending to be black once wanted to launch a boycott of any white actor who was playing a black character. 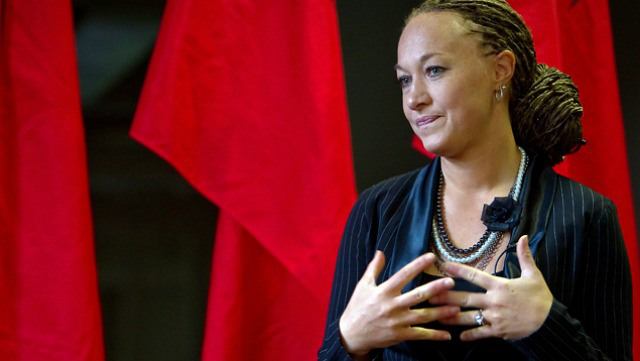 As Truth Revolt points out, “you can’t make this stuff up.”[1]

The Rachel Dolezal stories are coming fast and furious today as the volume of her lies are becoming apparent. In yet another example, Dolezal was interviewed for a Spokane, Washington podcast in which the former NAACP chapter president bemoans, and wants to boycott, the movie Exodus because Christian Bale is, in the words of host Taylor Weech, a “white European” playing a “north African” part.

So to summarize, the white woman who pretended she was black wanted to boycott a movie where a white man played the role of an African. She made this observation while in the guise of her black character to the same radio host to whom she later told made-up tales about her pretend black father.

I mean… we are all just speechless abut this mentally troubled liar.