Harrisburg is one of the most dangerous cities in Pennsylvania and last weekend the city earned that bad reputation when two white teenagers from a nearby town who were visiting a city festival were viciously beaten by a rampaging gang of black teens. The white kids were beaten just for daring to walk down the street. 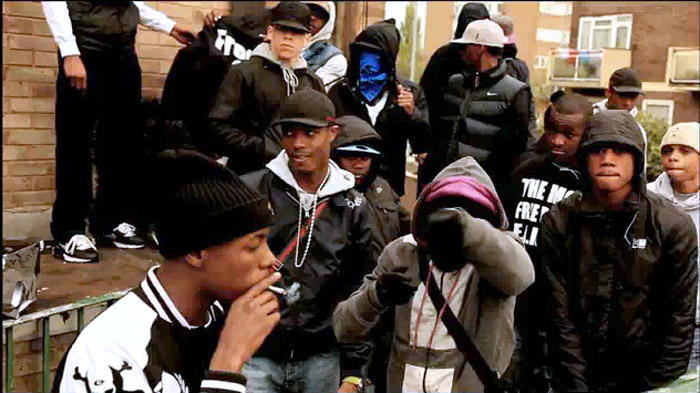 The two white kids were brothers, a 16-year-old and 19-year-old. They were in town watching a fireworks show last Sunday and were walking to their car that evening when they were attacked by a gang of blacks[1] spouting racial epithets.

A pair of white teens were viciously attacked by a large group of black youths after a fireworks display at a Harrisburg, Pennsylvania festival on Sunday evening, authorities report. The beating capped off a weekend filled with violence after black teens rampaged through the area, destroying property and smashing car windows.

The white teens, brothers from nearby Newville, Pennsylvania, had driven in to Harrisburg to attend the Kipona festival and the attack occurred while were walking to their car after the evening’s fireworks display.

The victims were swarmed by a large group of African American teens near Third and Walnut streets on Sunday night.

At a press conference on Tuesday, Chief Carter said that the two out of town white brothers were “minding the

No wonder Harrisburg has been rated the fifth most dangerous city in the state.

One wonders why white people go to any of the big cities in the US any more? But this is the inner city that liberals built.